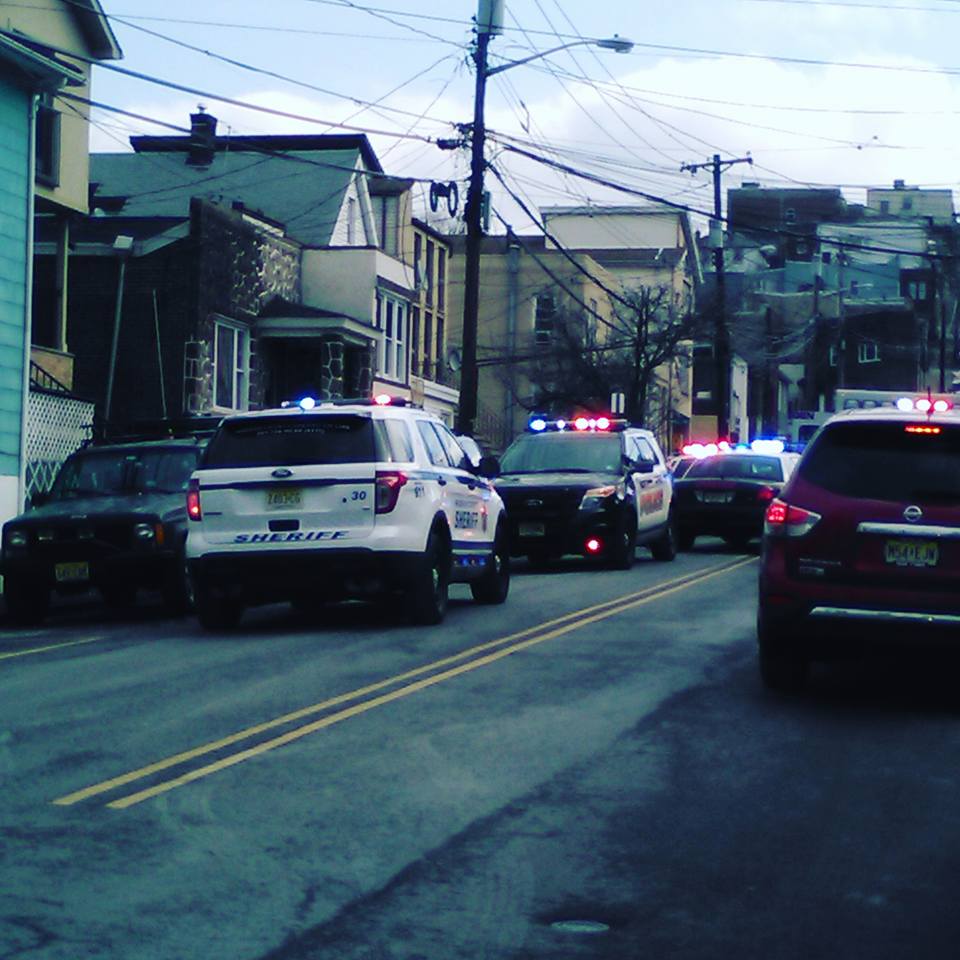 Officials in North Bergen just confirmed that a home invasion took place on 43rd st. a little before 11.00am this morning. According to the Police, three to four individuals entered the house by breaking the basement window and fired multiple shots. No one was injured but there were multiple people sleeping when the invasion occurred.

In addition two suspects have been arrested after a foot pursuit and one or two more remain on the loose. Police was also able to recover 2 handguns and 1 UZI (Sub-Machine Gun). It also has been said that this incident could be a drug and money related.

The image above was sent to Hudson TV about the incident via Facebook. Check back later for more information on this incident.