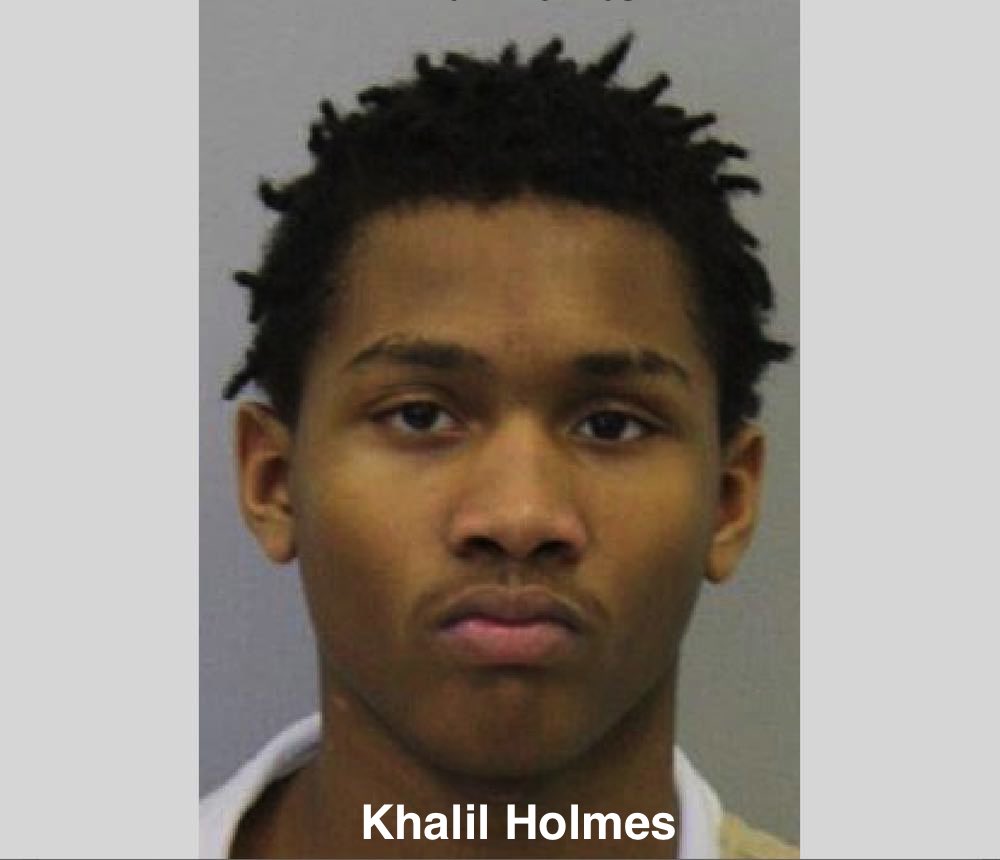 A 16-year-old juvenile from Newark surrendered to Homicide Detectives from the Hudson County Prosecutor’s Office shortly after 10 p.m. on Nov. 14, 2016 and was arrested for Murder and Conspiracy to Commit Murder in connection with the November 3, 2016 homicide of Michael Bowers in Jersey City.

Prior to the arrest of the juvenile, detectives of the Hudson County Prosecutor’s Office Homicide Unit and Gang Task Force arrested Khalil Holmes, age 20, of Jersey City, who was also wanted for the murder of Bowers. Holmes was arrested on Dales Avenue in Jersey City on November 11, 2016 after a Superior Court Judge issued an arrest warrant for Holmes on November 10, 2016.

Holmes and the juvenile have both been charged with Murder in violation of N.J.S. 2C:11-3,

On November 3, 2016, at approximately 9:15 p.m., Jersey City Police Officers were dispatched to the area of Fulton Avenue in Jersey City on a report of shots fired. Upon arrival, officers

found one male victim on the sidewalk at 208 Fulton Avenue. The victim was later identified as Michael A. Bowers, age 34, of Jersey City.

Bowers sustained multiple gunshot wounds. He was treated at the scene and then transported to Jersey City Medical Center where he was pronounced dead at approximately 9:45 p.m.