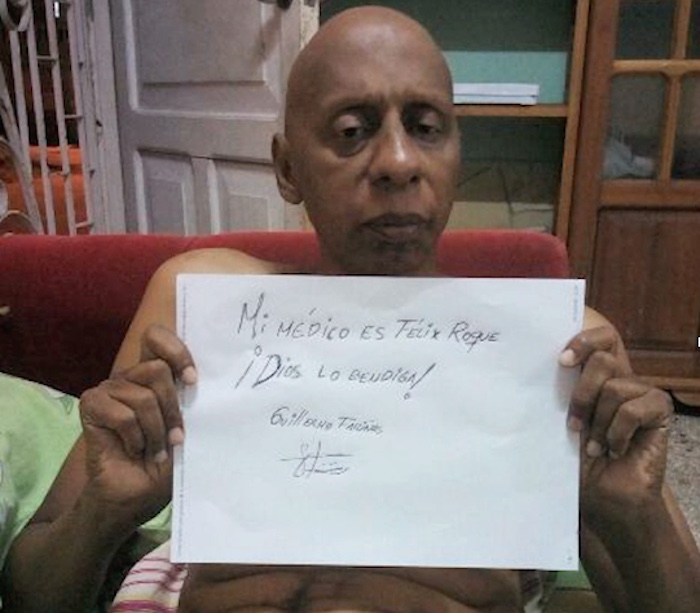 2010 Sakharov prize winner Guillermo “Coco” Farinas requested that Dr. Felix Roque visit him in Cuba and also warn over his health while he is in hunger strike.
Mr. Guillermo Farinas spoke with Dr. Felix Roque during a phone call arranged by Mario Gatria and Emilio Del Valle in order to request that Dr. Roque travel to Cuba.  Guillermo Gatria has no confidence in the physicians that have been caring for him since he began the hunger strike, consequently he fears for his life.

“Mr. Farinas has asked me to travel to Cuba as soon as possible in order to oversee his care”.  Mr. Farinas lack of confidence in the treatment he is receiving is understandable.  He is regarded as a hero to the Cuban people and has engaged in hunger strikes in protest of the oppressive Communist regime in Cuba. He believes he must engage in these extreme acts to reveal to the world how oppressive life is in a country without freedom, and basic human rights, where all of the resources are owned by the Castro family.

As a physician, I am cognizant that Mr. Farinas’ demise is imminent if we do not act and assist him to avoid further deterioration of his health.  I have contacted a team of physicians, practicing in Cuba, who are awaiting my arrival and will provide medical care for Mr. Farinas, under my supervision, around the clock, until such time as he decides to end his hunger strike.

Dr. Felix Roque is embarked on humanitarian missions to assist his compatriots after his mother passed away in 2015.  Dr. Roque’s late mother during her last days on this earth lamented at not having visited the country of her birth since her arrival to this country in the early 1960’s. This sentiment is shared by many tens of thousands of Cubans who have lived away from their native country.  Dr. Roque has personally overseen the pilgrimage of thousands of Cubans who have embarked on their journey through countries such as Ecuador, Colombia, Nicaragua, Honduras, El Salvador, and Mexico seeking to reach the land of the free, the United States of America.