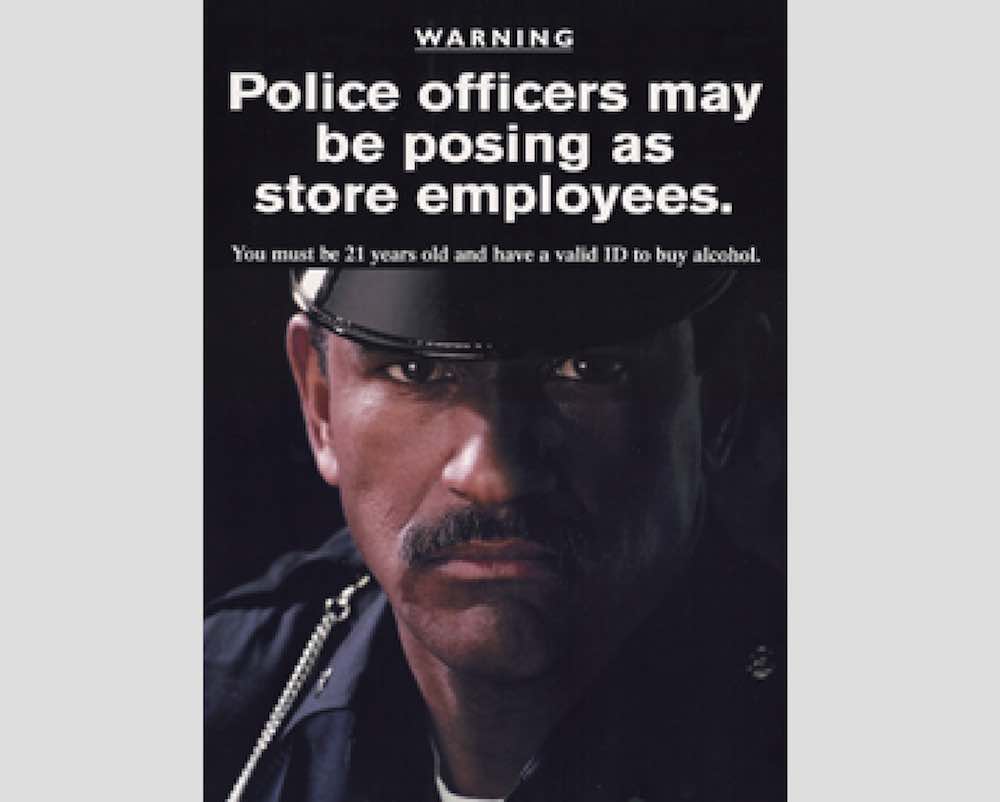 TRENTON – Attorney General Christopher S. Porrino and the Division of Alcoholic Beverage Control today announced that the 2016 “Cops in Shops” program targeting underage drinking at the Jersey shore resulted in 229 arrests this past summer.
Twenty-seven shore-area towns from Union Beach to Wildwood participated in this year’s Cops in Shops summer program, an annual initiative by the Division of Alcoholic Beverage Control (“ABC”) that places local police working undercover at retail locations to catch underage patrons trying to purchase alcohol or adults buying alcohol for minors.

“The Cops in Shops program is designed to prevent young people from obtaining alcohol and possibly becoming a danger to themselves and others,” said Attorney General Porrino.  “I recognize that all kids make mistakes from time to time. Our goal is not to punish youthful indiscretion. It’s to provide underage drinkers with a serious wake-up call before their behavior results in a tragedy.”

This year marks the 20th anniversary of the ABC’s Cops in Shops Program, which is funded each year by the NJ Division of Highway Traffic Safety. The program offers grants to towns that use the money to pay local police to work undercover in participating retail locations that sell alcohol. Law enforcement officers either pose as store employees or position themselves outside the establishment to apprehend lawbreakers attempting to purchase alcohol for underage drinkers.

As part of the program, retail outlets display posters and decals on doors, windows, counter tops, and cold cases warning underage drinkers that a police officer may be working undercover in the establishment.

The 2016 Cops in Shops summer program ran from May 23 through September 14.
“Cracking down on underage drinking is a year-round, full-time pursuit for the Division of Alcoholic Beverage Control, but it’s especially important during the summer months, when shore towns are at the height of the tourism season and safety becomes an even greater priority,” said Jonathan Orsen, Acting Director of the Division. “The Cops in Shops program provides a unique opportunity to work with local law enforcement to ensure that young adults enjoy their summer vacations safely and legally.”

Gary Poedubicky, acting director of the Division of Highway Traffic Safety, stressed the importance of preventing underage drinking and driving.

“Young drivers and alcohol are a deadly mix,” said Director Poedubicky. “The combination of inexperience, immaturity, and alcohol leads to unsafe driving behaviors that endanger everyone on the road. Our Cops in Shops grants are an important part of our continued efforts to ensure safety on New Jersey roads”

The Cops in Shops program was designed by the Foundation for Advancing Alcohol Responsibility (formerly known as the Century Council), a national not-for-profit organization funded by distillers, which is committed to fighting underage drinking.
Last fall, the ABC launched its annual Cops in Shops fall program aimed at curbing underage drinking in New Jersey’s college towns. Dubbed the “College Fall Initiative,” the 2015-16 program resulted in 134 arrests in 21 towns during its run from Dec 1, 2015 through June 15, 2016.