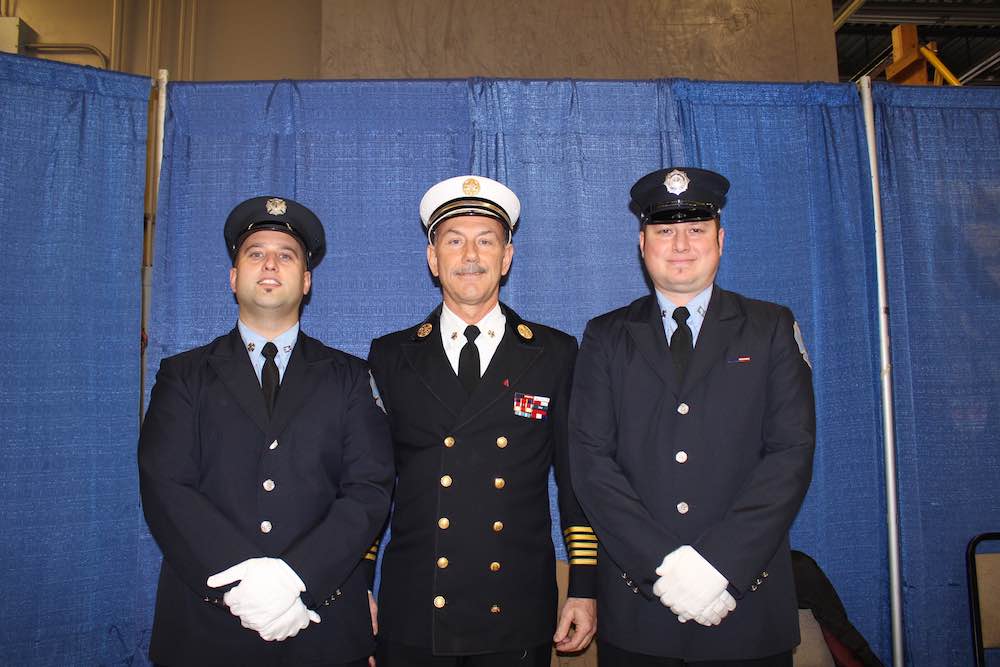 Two firefighters were promoted to the rank of captain during a ceremony at North Hudson Fire Headquarters in West New York, on November 21st.  Chief of Department Frank Montagne, center, congratulated the new officers, Mike Mastellone, left, and Chuck Snyder.  The new captains came out number 1 and 2, respectively, on the civil service list.

“You are the young, bright future of the department,” Chief Montagne said.  He praised them for their “hard work and discipline” to achieve their promotion.