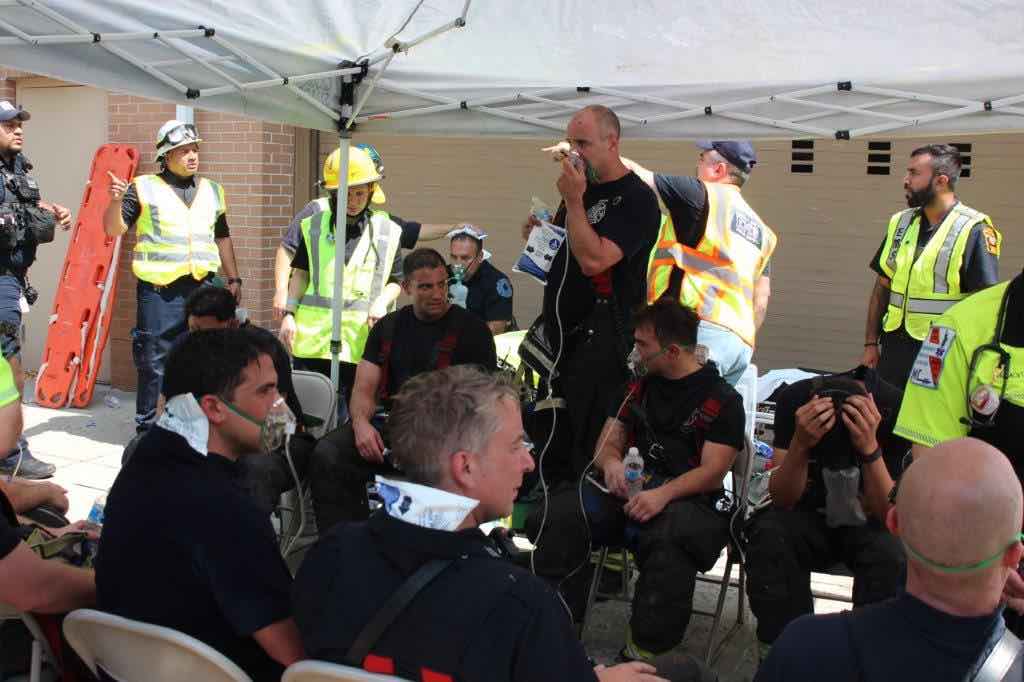 The following slideshow has images that are very sensitive.

A 5-alarm fire broke out at 8:54 this morning in a three-story,  multi-frame structure on 416 25th Street in Union City.  Two children, a five-year old girl and a two-year old boy perished in the blaze according to the Hudson County Prosecutor’s Office.  The Prosecutor says three other children are in critical condition. One is at a Jersey City hospital and two were taken by helicopter to a Philadelphia hospital.  18 North Hudson Regional Fire and Rescue firefighters were treated at the scene, while six were taken to area hospitals. When firefighters arrived, they found flames extending from the basement to the eaves of the building. As of mid-afternoon, it is not known how many structures were damaged by the fire. A joint investigation is underway between the Hudson County Prosecutor, State Fire Marshal, North Hudson Regional Fire and Rescue, Union City Police and the ATF.  It is not yet known what caused the fire, or if the structure was legal.