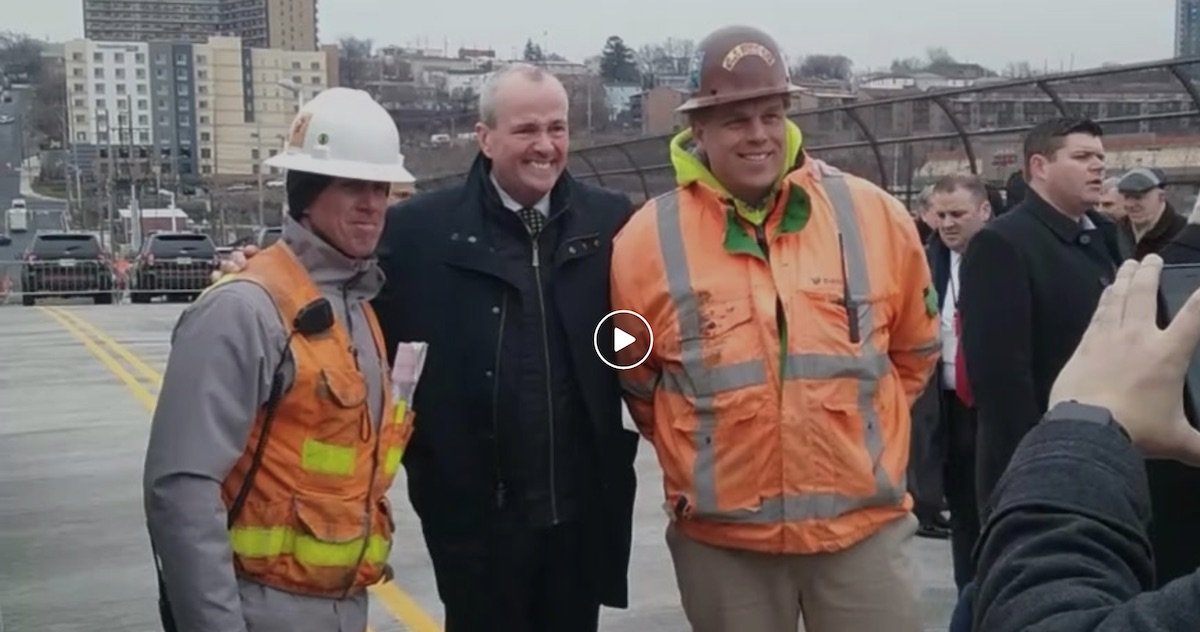 This project was first conceived back in the mid-90s during Governor Christine Whitman’s Administration. But numerous construction delays plagued the much needed project.

Commuters could spend ten to twenty minutes waiting as freight trains, seemingly a mile long, would cross over 69th Street between Tonnelle and West Side Avenues.  The bridge was the third of three which were scheduled to be built just west of Tonnelle Avenue, but the original contractor kept delaying construction beginning in 2009.

It became known as the Bridge to Nowhere, and drivers were forced to put up with the delays.

When Governor Murphy took office, he made the bridge construction a priority.  In one year the Administration was able to get the project completed, at no cost to North Bergen taxpayers.

No longer will cars be forced to wait on 69th Street as tremendously long freight trains passed.  The overpass improves traffic flow, making the region safer and helping businesses in the area flourish.

North Bergen Police Chief Robert Dowd encourages drivers to abide by the speed limit of 25 MPH given to steep grade to the road surface.