NorthJersey.com has released the 911-calls made by the couple involved in the Fatal Accident that killed 7-year-old Sheyla Pichardo in West New York.

According to the audio, a woman is heard over the phone looking for a spanish-speaking operator and reporting a car stolen, but moments later she hang-up the phone suddenly. An hour later, another 911 call is made by a man identifying himself as Fabian, telling the operator that a car was stolen from a parking lot.

This case was solved by hard work, old-fashioned police work and technology. Multiple agencies were involved.

“We were able to get the first two and the last two characters from the license plate and then just a series of detectives going through different plates we came up with the car out of Newark,” says Capt. Alejandro De Rojas, of the West New York Detective Bureau.

That vehicle was a black late model Chevy Tahoe with chrome detailing that struck seven-year-old Sheyla and her mother, Yeimi Vital, about 8:19 a.m. Monday morning as the two held hands on their way to the first-grader’s school.

Before fleeing the scene, the suspect got out to see what happened.

The P.S. 1 student and her mother were in the crosswalk when the accident happened, says Sgt. Bruce Miller, of the Hudson County Sheriff’s Office.

“It matched the description of the vehicle that was shown in all the videos. Arrested was Johana Rosas-Alvarez, 26, the owner of the Chevy Tahoe and her boyfriend, Fabian Rodriguez Calles, 33, who is from Equador and is believed to be an illegal alien,” says Hudson County Sheriff, Frank Schillari.

Rodriguez was charged with leaving the scene of an accident with injury, leaving the scene of a fatal accident, endangering and injuring a victim and hindering apprehension. Rosas-Alvarez with false police reports, for reporting the vehicle stolen to the Hillside Police Department after the accident. They are being held without bail.

The couple lived in Newark and have children of their own.

The camera systems do work and the family is faced with an unspeakable tragedy.

“It’s hard to imagine the type of people who would get out, see what they’ve done to a child and take off and run,” Mayor Nicholas Sacco says.

It’s rewarding to be able to catch the people who do harm to children.

“It just steps the volume up and the pace up a little quicker,” says West New York Police Director Robert Antelos. “People take it more personal when a child is involved.”

The director says they’re giving as much support as they can to the family, the town is here for them.

“We’re proud of the result — even though this is a terrible, terrible tragedy and as a father I can’t even imagine the pain that this gentleman’s going through,” says North Bergen Police Chief, Robert Dowd.

“And how they did this in a timely fashion so the family can get some type of closure and I guess, ya know, it will take time,” Speaker Vincent Prieto says.

“We’re devastated, we were upset… we were furious yesterday, but thank G-d to our great police department,” Mayor Felix Roque says.

Javier wants everyone to learn from this experience.

“I speak from the bottom of my heart. Take care of your kids. God bless all the children,” Pichardo says, adding that unfortunately his wife couldn’t be there, since she is still recovering from her injuries.

He says he’s not angry at the driver.

“For the man that did this to my daughter, I do not wish him any harm,” he says. “God bless him. If he hears this message, I hold no anger towards him. I just ask him if he has a family, to step in my shoes.” 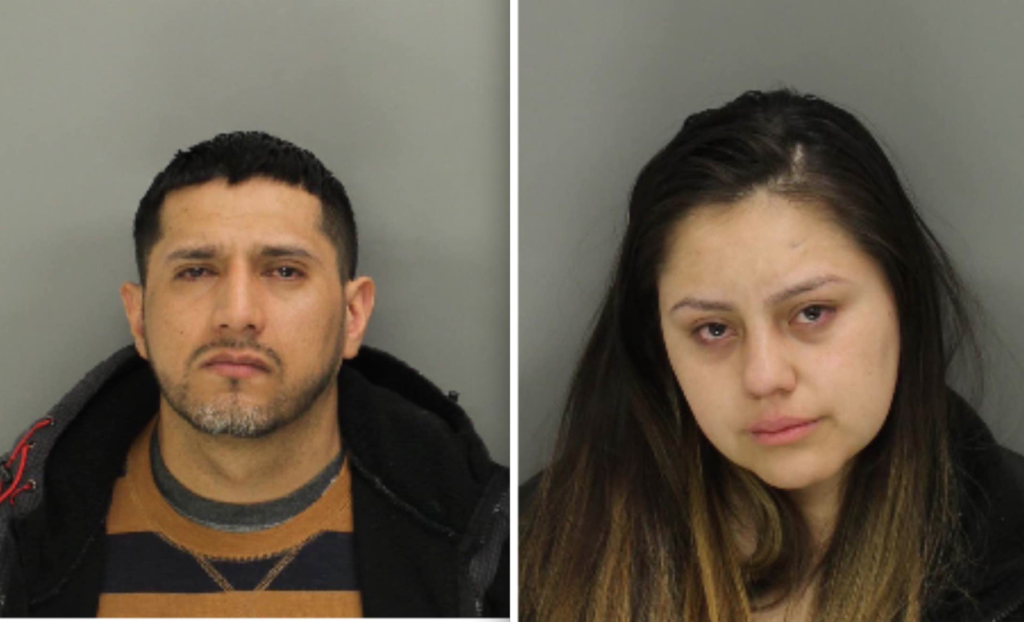 Fabian Rodriguez (31-years-old) and Johana Rosas-Alvarez (26-years-old) were arrested in connection to Fatal Accident. According to Hudson County Sheriff Frank Schillari. The male was arrested for driving the vehicle that killed 7-year-old Sheyla Pichardo and then leaving the scene of the accident. The Female was charged for allegedly falsely reporting the vehicle as stolen after the accident took place.

Sheriff Department has just confirmed that two people have been arrested in regards to yesterday’s fatal hit and run. A Press Conference is scheduled today at West New York Town Chambers at noon with more information.

Police are searching for the person responsible for the hit-and-run death of a 7-year-old West New York girl who was walking to school with her mother.

“She was a happy baby with all her future and because of you coward driving like crazy, like a maniac person — you just killed an angel,” says Paola Osorio, a family friend from North Bergen.

Before fleeing the scene, a passenger in the SUV allegedly got out to see what happened.

The School No. 1 student and her mother, Yeimi Vital, were were in the crosswalk when the accident happened, says Sgt. Bruce Miller of the Hudson County Sheriff’s office.

“She (Vital) got also hit and then when they brought her here she was in pain but they told her if she wanted to be checked and she said ‘no,’ she doesn’t care about her(self), she just wanted to hold the baby,” Osorio says.

Everyone is urging the driver to come forward.

“If you have a heart, if you’re human, come and show yourself – it’s not fair,” Osorio says.

And if you’ve seen something, say something — no matter how small.

Flags flew at half-staff around town for Sheyla… and her brokenhearted parents are mourning their only child.

“I told her we’re going to be handling all the funeral arrangements because we owe her that much,” says Mayor Felix Roque. “And it’s sad – it’s a terrible day for us here in West New York.”

And they’ll stop at nothing to bring this person to justice.

“I will spend all the money and all the resources that we have in West New York to make sure we accomplish this,” Roque says.

Law enforcement can’t share many details since it’s an active investigation. The mayor told me and they reiterated it at an afternoon news conference that the sheriff’s department, prosecutor’s office and police department are working around the clock, interviewing witnesses and viewing camera footage from nearby businesses.

They are also trying to identify the license plate of the vehicle that hit Sheyla. 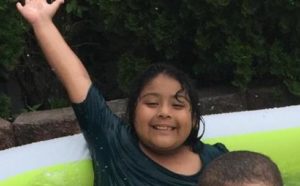 A 7-year-old named Sheyla Pichardo according to a family friend, was killed this morning in a hit-and-run accident at the intersection of 61st St and Van Buren Place. West New York Police and the Hudson County Sheriff’s Department are looking for a Chevy Tahoe late model in connection with this incident.