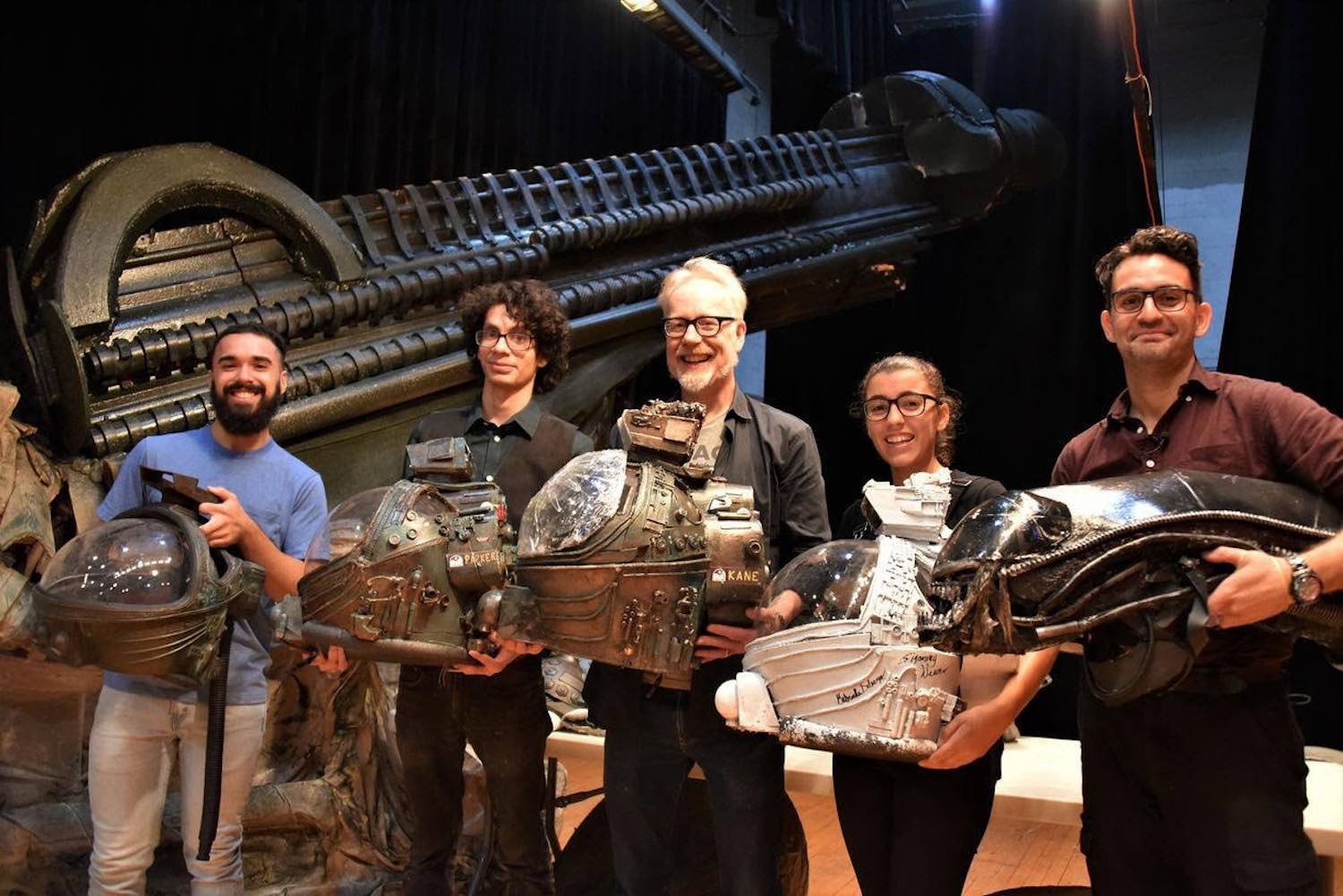 NORTH BERGEN, NJ– Adam Savage of the hit shows Mythbusters and Savage Builds visited North Bergen High School on Thursday, October 3 to film a segment on the school’s art department and the outstanding work they have done in the past years.

“It is an honor and a privilege to have Adam Savage feature our high school art department on his show,” said Dr. George Solter, Superintendent of Schools. “The art department has been receiving a great deal of media coverage since our Alien play production, and he is the main person to thank for this. We hope to continue celebrating our student’s achievements in future projects.”

Art teacher Steven Defendini led Savage’s tour of the school’s former projects and productions. Savage viewed the Alien play last April on social media. He posted a rave review online which single-handedly drove media attention to the school. This included Ridley Scott, the original film director praising the production and actress Sigourney Weaver, who played Ellen Ripley in the Alien franchise, visiting the school to view the play in person and meet the cast.

Defendini will be accompanying Savage to New York City Comic Con Saturday, October 5. He will be joining the panel discussion “Celebrating 40 years of Alien with Adam Savage.”

That's ridiculous 😒 🙄. Why he has to apologize? #SupportGoyaFood #Trump2020

I support Goya for what they have done and do for the Hispanic community!

Found the racist by his own admission

Da Rangel Not on our watch....more for us. Goya has made more jobs for Americans. TRUMP 2020