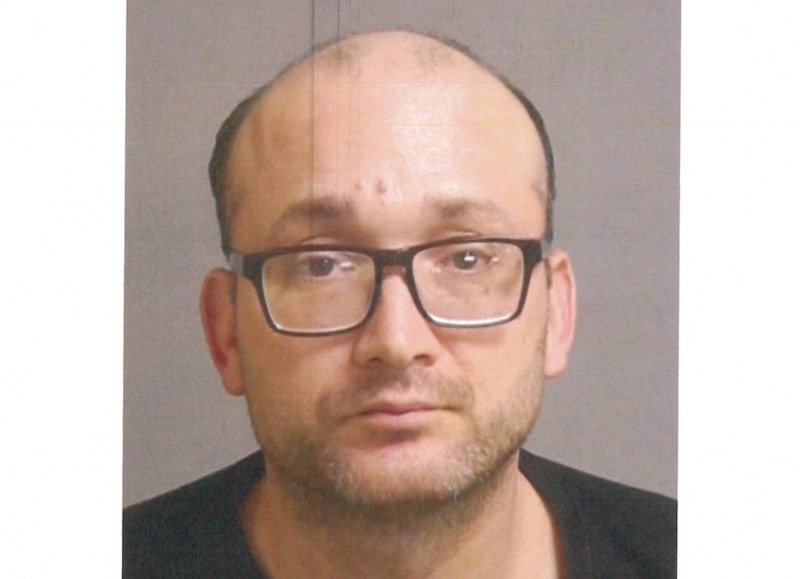 On May 6 around 2am, officers Montalvo and Quinones were patrolling the area of Monroe Street when they observed the defendant carrying a back pack and tote bag over his shoulder. Because of the numerous reported package thefts in town and the defendant’s numerous arrest relating to package thefts, they proceeded to investigate further.

As they got closer, they observed the bag to be full with items. The officers approached the defendant, who upon seeing the officers, began to walk at a faster pace. They were able to stop him in the area of 232 Monroe Street. The defendant was evasive with his answers and could not provide detail as to the origin of the packages he had in the bag. He appeared nervous and was sweating profusely. Officer Quinones was able to observe one of the packages having a label from an address on Clinton Street belonging to someone else. The officers are aware that the defendant does not reside at the Clinton Street address. The officers advised the defendant that he would be placed under arrest for receiving stolen property. As they attempted to place him under arrest, the defendant pushed Officer Montalvo and fled the scene. Officer Quinones was able to grab a hold of the defendant’s shirt as Officer Montalvo struggled with the defendant. After a brief struggle, he was safely placed under arrest. He had several more packages belonging to other residents in our town.

He was transported to headquarters where Warrant complaint was generated.

The defendant will be remanded to the Hudson County Rehabilitation Center. The officers did not sustain any serious injuries and were able to continue their tour of duty.

UPDATED: The Kearny Police Department reports that identity of the man pulled from the Passaic River on Wednesday morning is being withheld until notification of next of kin. The cause and manner of death do not appear to be suspicious. The Northern Regional Medical Examiner is conducting an investigation.
Body pulled from Passaic River in Kearny this morning. Details to follow. ... See MoreSee Less