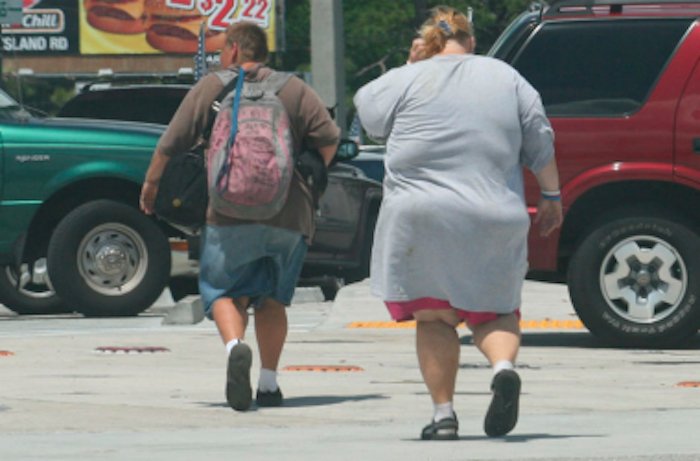 We take the crown for fattest country in the world and couch potatoes are everywhere.

According to a new Stanford University study (based on smartphone data) that followed the walking habits of 700,000 people in 46 countries, America sits fourth from the bottom for “activity inequality,” USA Today reports.

At 4,774 steps the US still outpaces the laziest nation, Indonesia claims that title — averaging just 3,513 steps a day.

Activity inequality refers to the disparity between activity levels within a country — and it’s a major contributor to obesity.

Sweden, with 5,863 steps, has one of the smallest activity inequality gaps worldwide.

“It also had one of the lowest rates of obesity,” says study researcher Tim Althoff.

When it comes to physical inactivity, Hudson County ranks 28% in the Robert Wood Johnson 2017 New Jersey health outcomes, compared to the most active New Jersey County, Morris at 19%.

That means you may not know what the inside of your gym looks like and you may park as close to the places you shop as possible, but you’re not alone.

Americans as a whole have a hard time staying active and motivated, according to the study.

You might just have to claim the lazy title for yourself.

Overseas, those living in Hong Kong are the most physically fit — walking 6,880 steps daily.

“As leaders in our communities, it is our responsibility to encourage employees, residents, colleagues, families and friends to keep moving,” says Dr. Marilyn Gordon, chief medical officer for UnitedHealthcare of New Jersey, reports New Jersey Association of Counties.

According to https://www.redfin.com/how-walk-score-works , the largest cities in New Jersey have an average Walk Score of 61 and they ranked Hoboken, Union City and West New York the state’s best cities in terms of walkability.

Hoboken l Walk Score 95
Hoboken is a Walker’s Paradise. Daily errands do not require a car.

Bayonne l Walk Score 79
Bayonne is very walkable. Most errands can be accomplished on foot.