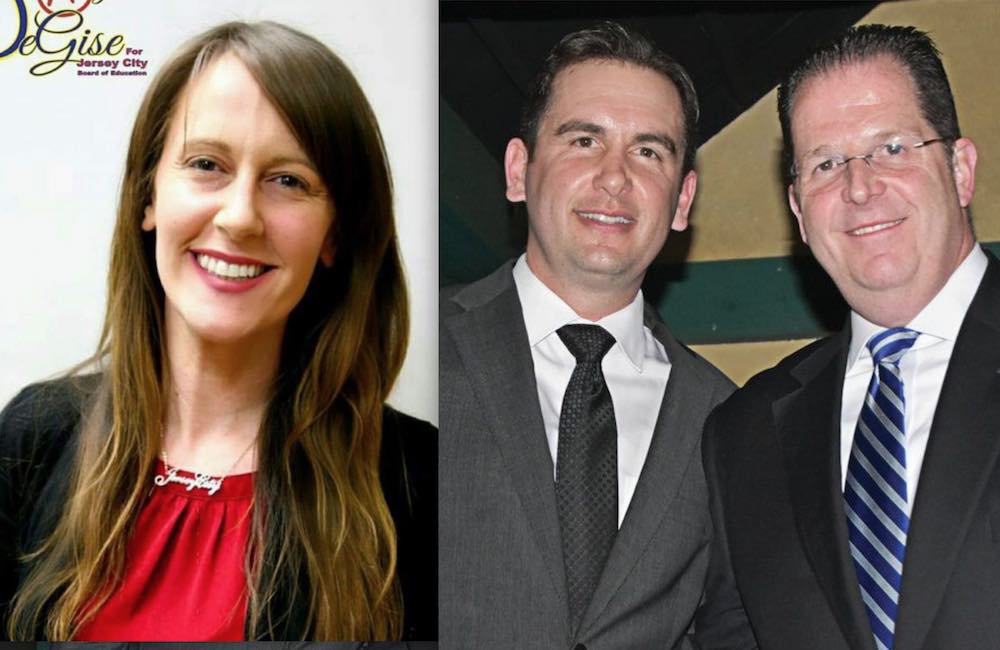 “Mayor Fulop and his top aides are personally harassing current county committee members, trying to force them to sign legal documents resigning their seats so they can be replaced by other people who are willing to vote for Stack,” says Amy DeGise. “This is a heavy handed attempt to intimidate people and a clear violation of their civil rights.”

DeGise says that some of the committee members already approached are senior citizens and others are city employees and that Fulop has intimidated numerous Jersey City residents over the past few weeks. “It’s shocking to see Mayor Fulop is sinking to this level and I’m running for Chair to stand up for everyone’s rights and stop this kind of intimidation and abuse.”

DeGise says she is sending notices to all county committee members today warning them not to be fooled or intimidated and urging them to contact her if they are pressured to resign their seats. “We are putting together a team of attorneys who will document evidence in these cases and defend the rights of those committee members who are being targeted,” she adds. “Stack and Fulop will find themselves on the wrong end of a federal civil rights action if they continue to behave like this.”

“This is a glaring example of why electing Brian Stack would set the Democratic Party back into a dark period of our history that no one should want to revisit,” said DeGise. “This kind of unethical and illegal behavior ended when my father was elected County Executive. We are not going to allow Brian Stack to bring it back.”