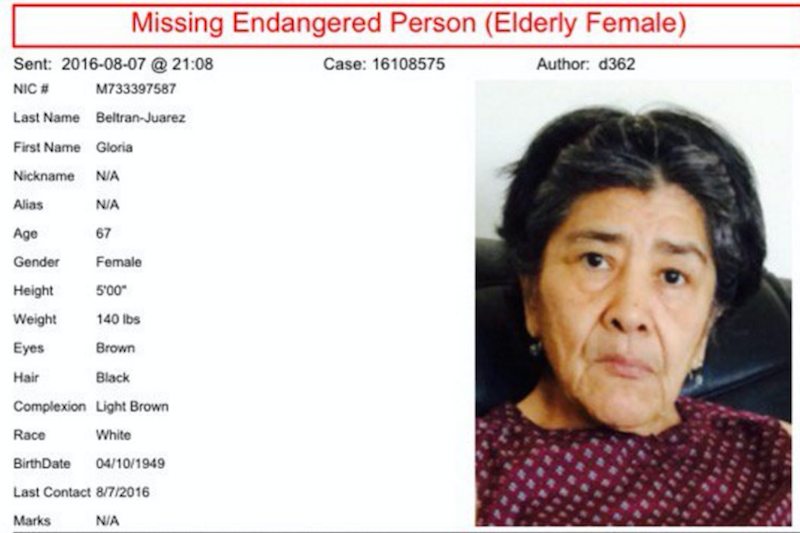 An elderly endangered woman from Union City that was reported missing in Union City has been found.

Mrs Gloria Beltran-Juarez is a 67-year-old females that was reported missing to the Union City Police Department by her brother on August 7th at approximately 12 noon.

Mrs Gloria Beltran Juarez  was last seen on August 7th in the area of 4545 Palisade Avenue in Union City.