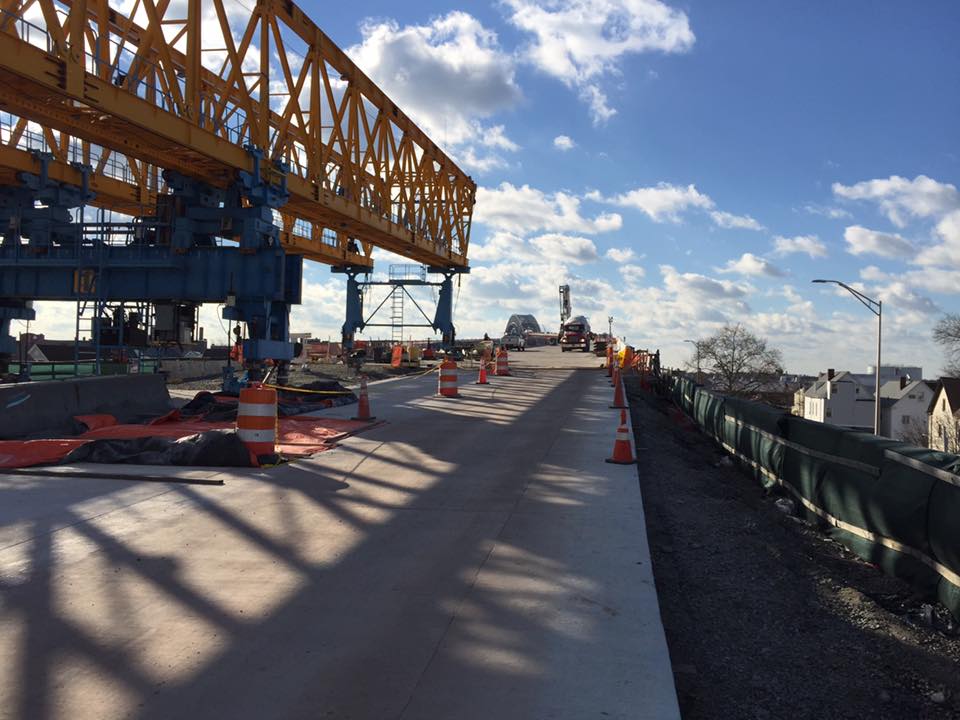 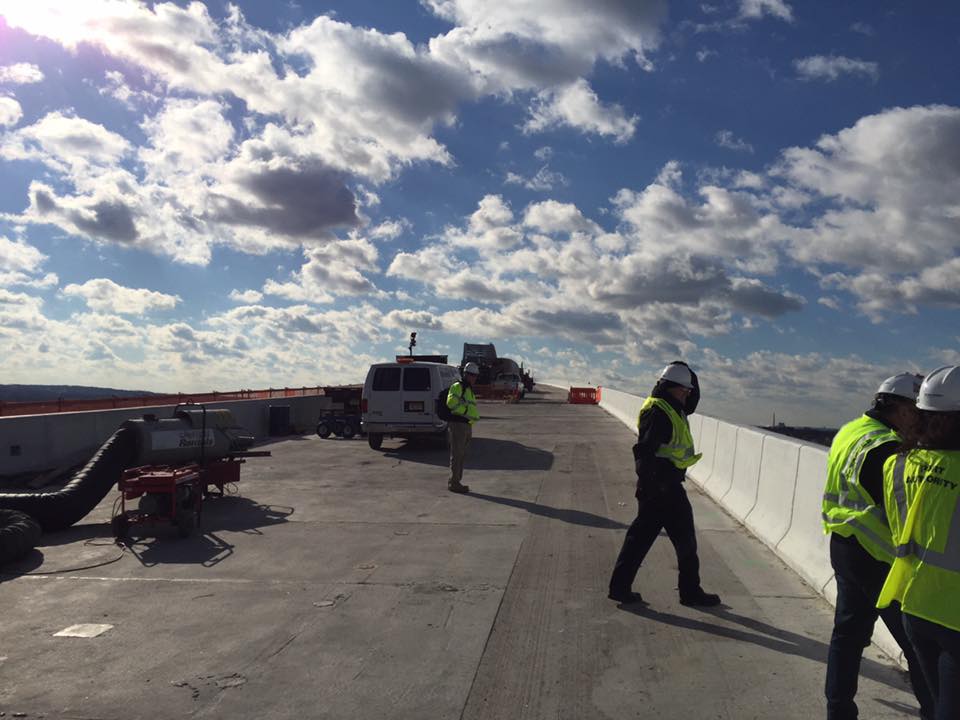 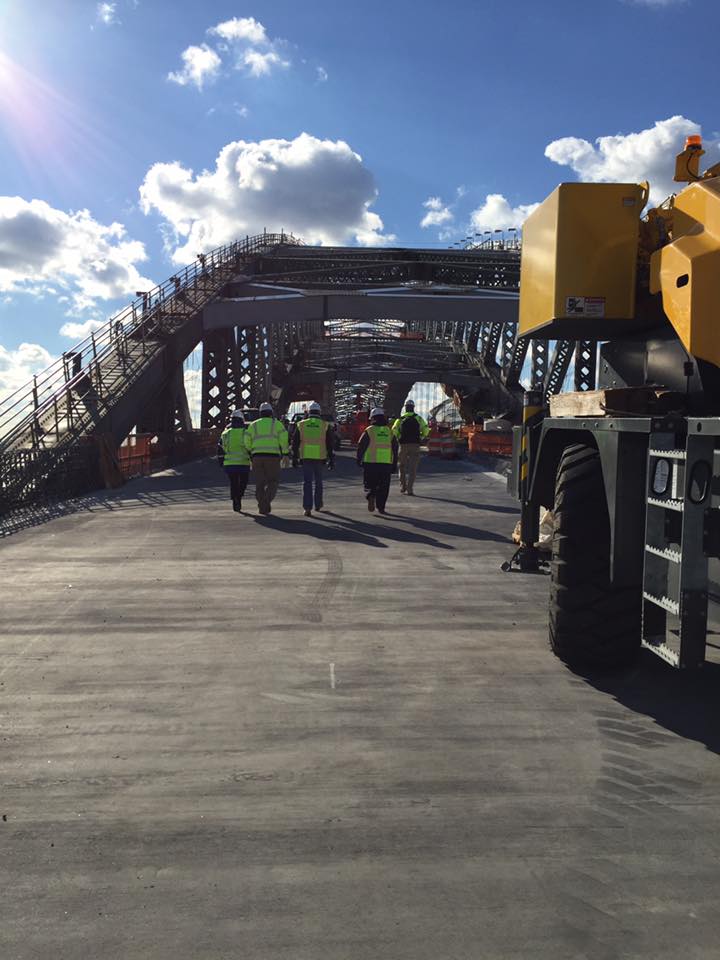 On Friday, December 9, Mayor Jimmy Davis and officials from the City of Bayonne joined a group from the Port Authority of New York and New Jersey on a tour to inspect the ongoing reconstruction of the Bayonne Bridge.  The tour was led by Steve Plate, Chief of Major Capital Projects for the Port Authority.  Mr. Plate, a civil engineer, is a former Mayor and Council Member from Glen Ridge, New Jersey.

Plate explained to the Bayonne officials that the main span work on the Bayonne Bridge has been completed. The tasks being done now include completing lighting and other electrical work, installing standpipes and conduits, and putting in dividers.

According to Plate, about 400 to 500 workers are currently involved in Bayonne Bridge construction.  The workers are drawn from more than two dozen building trade union locals that are located in both New York and New Jersey.  Construction workers, their trucks, and equipment were located throughout the bridge during the officials’ tour.

Looking ahead to the next phases of construction activity, Plate said that performing the demolition of the original Bayonne Bridge roadway is going to be an important step expected in 2017.

The tour group walked from the on-ramp at West 6th Street in Bayonne as far as the mid-point of the new roadway, where they were about 260 feet above the waters of the Kill Van Kull.  Then the group turned around, and returned to West 6th Street. 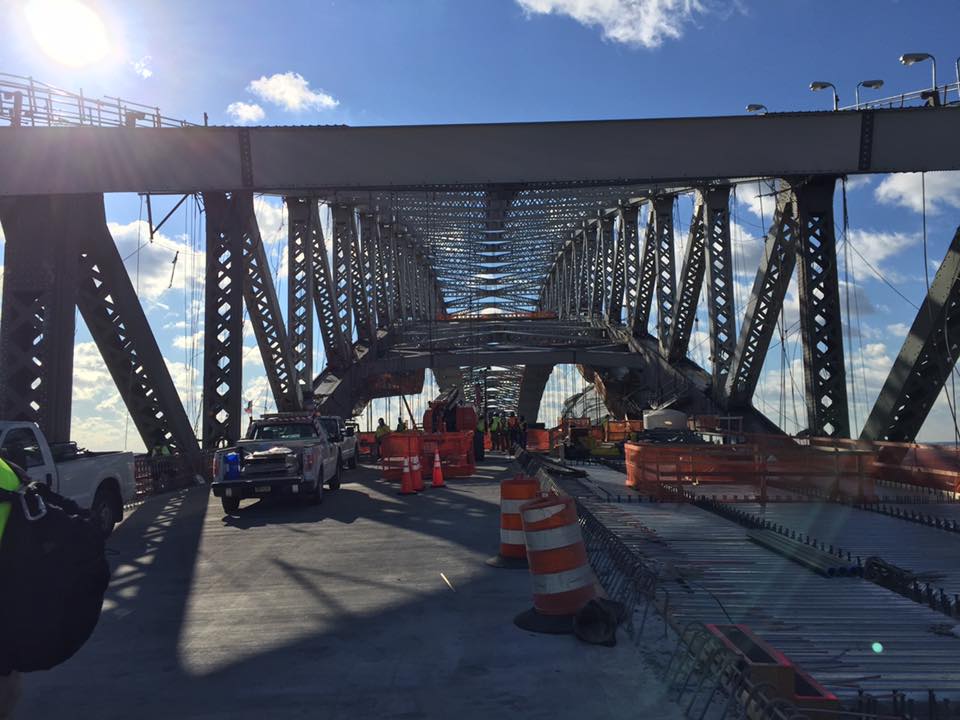 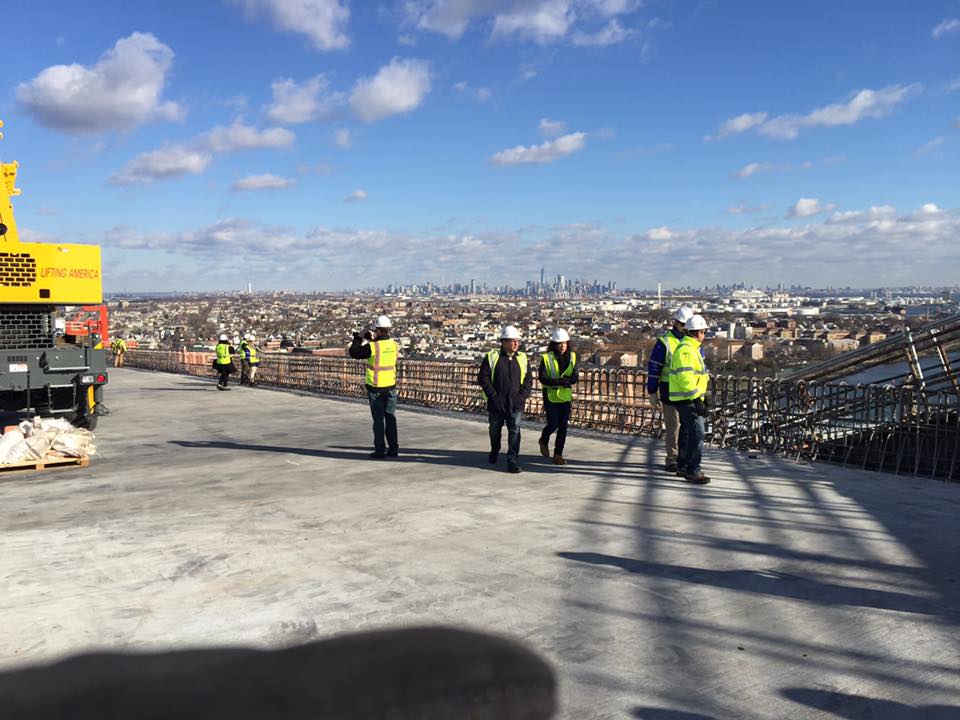