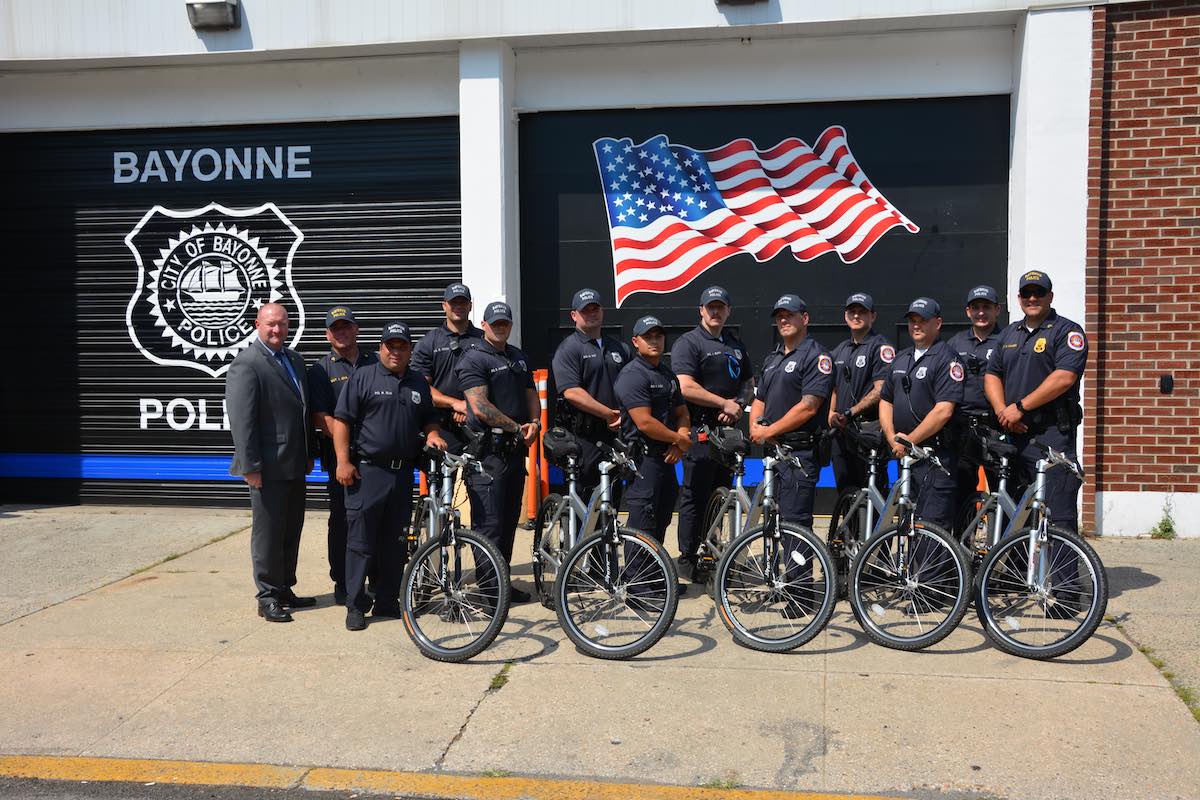 Mayor Jimmy Davis and Police Chief Robert Geisler announced that the Bayonne Police Department is bringing back bicycle patrols after an absence of several years.  Bicycle patrols will supplement the work of officers in patrol cars.

Mayor Davis said, “Bicycle patrols enable officers to move quickly.  Bicycles can fit in some places where police cars are unable to go. They will provide the Police Department with visibility in a variety of different situations in the community.”  Mayor Davis added, “Bicycle patrols will be especially useful during the summer months when many of our residents are outdoors.”

Chief Geisler said, “”Bicycle Patrols take the Police Officers out of the cars and insert them in our neighborhoods, allowing our Police Officers to interact with community members.  Bicycle Patrols help to bring Police Officers and community members together to prevent crime and solve neighborhood problems.”  Chief Geisler continued, “This type of patrol has been successful in the past and I am confident that this re-launch of our bicycle patrols will have a positive impact on the Bayonne Police Department’s ability to help keep our community safe.”

Impasse by there every morning o. My way to work and that line is ridiculous..so glad I got everything renewed last year