They’re trying to develop a 19-acre waterfront site in Edgewater. 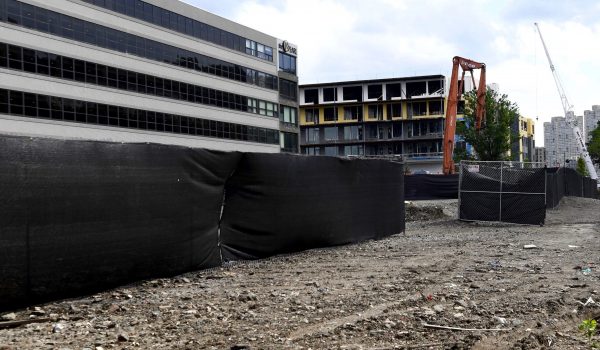 But 615 River Road Partners’ attorneys must first wait for the Borough to conduct another search of its records for additional documents, as ordered by Bergen County Superior Court Judge Bonnie Mizdol.

According to the judge, the borough’s “piecemeal production of documents is telling and indicative of a less than adequate search.”

The judge’s order states that the borough’s custodian of records has to undertake a more thorough search of the documents requested by the plaintiff on March 17.

Attorney Irina Elgart filed the OPRA request to seek documents related to the iPark development project, including building permits and certificates of occupancy for the project.

Elgart also requested communications between the borough and iPark developers regarding affordable housing units for the project.

iPark is a 500-unit residential project constructed on the former Unilever site off River Road that was going to include 75 affordable housing units to help the borough meet its state-mandated Mount Laurel obligation. The units were never built.

In May, attorneys for 615 River Road Partners filed a complaint when the borough failed to fulfill the OPRA. A hearing was held June 23.

According to Elgart, the judge’s ruling was important to her client as she attempts to lift the veil of secrecy surrounding Edgewater development projects.

The lack of progress in building the affordable units prompted the OPRA requests.

Edgewater has been reluctant to reveal to the public that iPark developers will likely be allowed to complete construction of the market rate housing years before any affordable housing units are built.

Per iPark’s development approvals, the developer was required to foot the bill for building the affordable units, but disavowed the obligation and transferred it to another developer.

“How do the taxpayers benefit from these types of development decisions?” Elgart says.

The judge’s order supports her client’s contention that the borough did not simply overlook the requested documents that were requested.

“(They) deliberately failed to acknowledge the existence of the documents,” says Elgart. “Now have to pay the consequences for their action.”

Homicide Shooting of Teenager in Passaic Under Investigation