Authorities investigated another round of bomb threats made this morning  against several Bergen County schools, reminiscent of threats made in January and February. 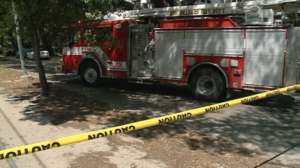 According to Bergen County Sheriff’s Office spokesman Anthony Cureton, the schools were cleared about 11:15 am due to non-credible threats, but he could not confirm who or what the culprit was.

For that, he referred us to the Bergen County Prosecutor’s Office for further information.

“It’s an active investigation, Communications Director Maureen Parenta says. “When there are charges brought against an individual, that’s when we would release information, and that’s certainly what we’re working toward.”

Some of the schools were in session, while others were closed for spring break.