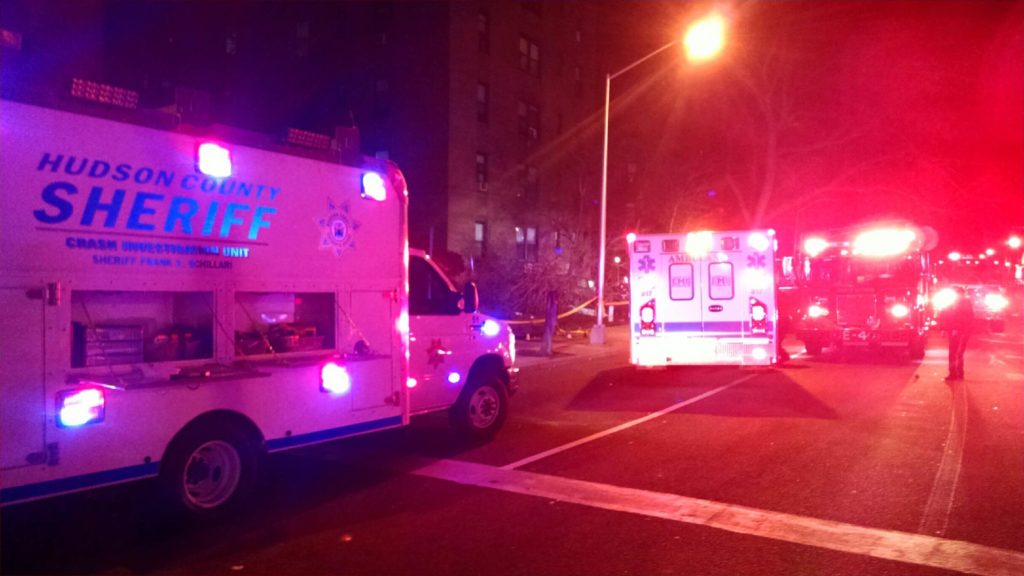 “At approximately 9:15 PM last night, on 26th Street and Kennedy Blvd., at the border of Union City and North Bergen a vehicle jumped the curb, striking three juveniles.

Two of the victims were pronounced dead at the scene, ages 16 and 17, the third victim, age 17, is listed as critical. All three victims were transported to the Jersey City Medical Center.

One arrest has been made in connection with this accident, and no further information will be released at this time.”