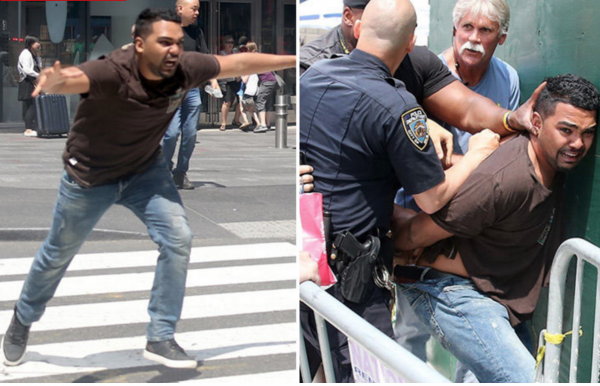 1 dead and multiple injured after one automobile jumped the curb and went onto a Times Square sidewalk jammed full with pedestrians around noon today.

A massive police response followed, indicating might be more than a simple accident.

Other first responders from FDNY were en route to the scene.

According to sources, Richard Rojas 26-year-old man of the Bronx is in custody. The man is said to have two prior DWI arrests.

The area around the accident scene was cordoned off virtually immediately to restrict access to the area north of 42nd Street, at Seventh Avenue.

West 42nd Street traffic was diverted at Avenue of the Americas (Sixth Avenue).

BREAKING: First responders on scene after multiple pedestrians were reportedly struck by car in #TimesSquare. Photo via @gb__. pic.twitter.com/ThYkKERNfU

Governor Warns Landlords: Evictions Not Allowed During COVID-19 Pandemic. What About Rental Assistance?

Governor Warns Landlords: Evictions Not Allowed During COVID-19 Pandemic. What...

Governor Murphy: We have 2,280 new positive COVID-19 cases bringing our...