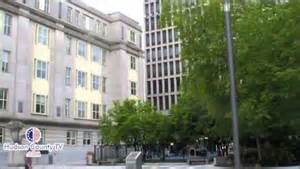 It goes to show, what happens in Jersey, stays in Jersey.

A government list of people it considers unindicted coconspirators in the Bridgegate lane closing scandal can remain secret for now, a three judge panel of the federal Third Circuit in Philadelphia has ruled.

Various media organizations had sought the release of the list but one individual on the list anonymously fought its release in court.

The court warned that the names may be released in the course of the upcoming trial. Jury selection is scheduled to start Thursday in Newark.