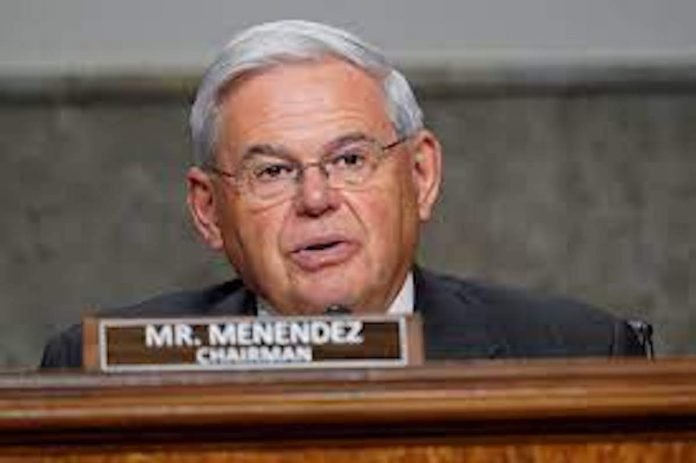 “We, the chairs of our respective parliament’s Foreign Affairs Committees, welcome the start of comprehensive negotiations to restore constitutional order, democratic institutions, and political rights in Venezuela. We believe that a negotiated solution that addresses these issues can deliver results for the Venezuelan people and, in turn, alleviate the great suffering they currently face under the country’s expansive humanitarian crisis.

“We urge the Maduro regime to engage in good faith efforts to restore democratic governance, reestablish the rule of law, and return fundamental freedoms and human dignity to the Venezuelan people. An agreement on conditions and terms for new elections—especially legislative and presidential elections—are central to this effort. In turn, we are prepared to support outcomes that uphold these fundamental tenets. Any recalibration of international sanctions should be linked directly to the regime’s willingness to take specific steps as a result of negotiations with the National Unity Platform.

“We condemn the Maduro regime’s arbitrary detention of Freddy Guevara and intimidation of Interim President Guaido in advance of the talks in Mexico.  While we welcome Mr. Guevara’s release, these actions raise deep concerns as to the sincerity of the regime’s intentions. We call for the immediate release of all political prisoners in Venezuela, and an end to gross human rights abuses and practices tantamount to crimes against humanity.

“We will not tolerate efforts to delay, impede, or otherwise divert attention away from core agenda items. A serious effort is needed to address Venezuela’s acute political, security, humanitarian, and economic crises. Venezuelans do not have time for games.

“The Maduro regime’s policies have turned Venezuela into a failed state, thrusting the Venezuelan people into poverty and exile and wreaking havoc throughout the Western Hemisphere. We are supportive of efforts to stabilize Venezuela’s complex crisis and stand with democratic actors in the National Unitary Platform in their plans to set Venezuela on a different path – one that prioritizes the well-being, safety, and basic democratic and human rights of the Venezuelan people.”

The joint statement was signed by:

The House of Commons of the United Kingdom

The Seimas of the Republic of Lithuania

The Saeima of the Republic of Latvia

The Riigikogu of the Republic of Estonia

The Senate of the Parliament of the Czech Republic

The Senate of the Republic of Poland