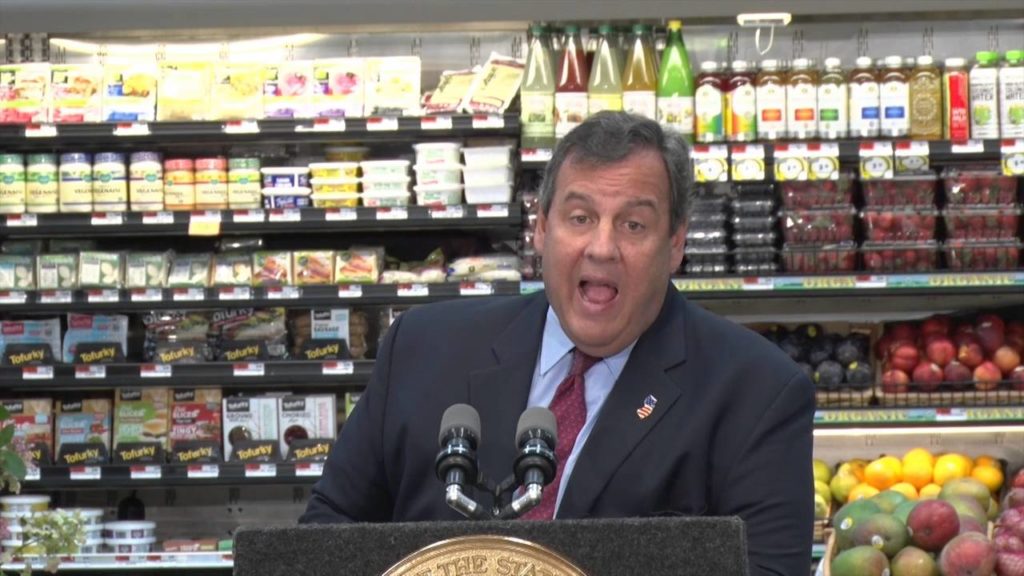 A five year old in Trenton, NJ brought heroin and crack cocaine to his preschool on two occasions earlier this year, prompting his placement in foster care. http://www.trentonian.com/general-news/20161026/kid-5-who-brought-heroin-to-trenton-school-now-caught-with-crack

But when newspaper reporters from The Trentonian got their hands on the court complaint, which in family court matters is normally sealed, New Jersey’s Governor Chris Christie sprang to action.

The State Attorney General, appointed by Christie, got a temporary injunction preventing the newspaper from publishing more articles on the story, and offered to agree not to oppose the newspaper’s argument against a permanent injunction. http://www.cbsnews.com/news/new-jersey-judge-orders-trentonian-newspaper-to-stop-reporting-a-story/

But there’s a catch: The Attorney General’s Office gets to approve the next article! And if they don’t like it, they said they would seek a permanent injunction.

This case, set to be heard Wednesday down in Trenton at the Mercer County Courthouse, shows state government is willing to use its power to restrict press freedom. After Bridgegate, this is just the latest abuse of power.

When a right is conditioned on the permission, the judgment or the abusable discretion of the government, your right no longer exists. It becomes a license, to be granted by and withheld by the State for any reason or no reason.

Many in Hudson County just celebrated the passing of the Cuban Maximum Leader, the despot Fidel Castro. Yet this Christie Administration move on the press evokes the playbook of the totalitarian regimes that once comprised the Soviet Evil Empire.

Even worse, Christie is simultaneously pursuing a change in state law for the benefit of one person – himself. That’s because he wants to write and profit from a book deal (assuming people would actually pay to read it), while remaining nominally in office for the last year of his term and collecting a full salary for writing his book on our dime.

Is this Chris Christie’s First Amendment? Where he gets to change the law (with the Legislature’s help) to benefit himself, while using his power to restrict press freedoms essential for the public’s right to know?

A county court hearing on the injunction is scheduled for Wednesday. But this hearing should not even be necessary.

There are over 40,000 lawyers living and working in New Jersey (many others live there but practice in New York or Pennsylvania). Where are the principled men and women in the Attorney General’s Office who would and should resign in protest, rather than violate the spirit, or letter, of our Bill of Rights?

Why aren’t Christie appointees throughout our judicial system doing the same?

Chris Christie is a lame duck governor who still wields the power of our State Executive Branch. If Bridgegate wasn’t enough of a warning, this case of legal intimidation of the press is a warning to us to beware of a man who is no longer accountable to voters and who just might think he can get away with Fidel Castro style repression.