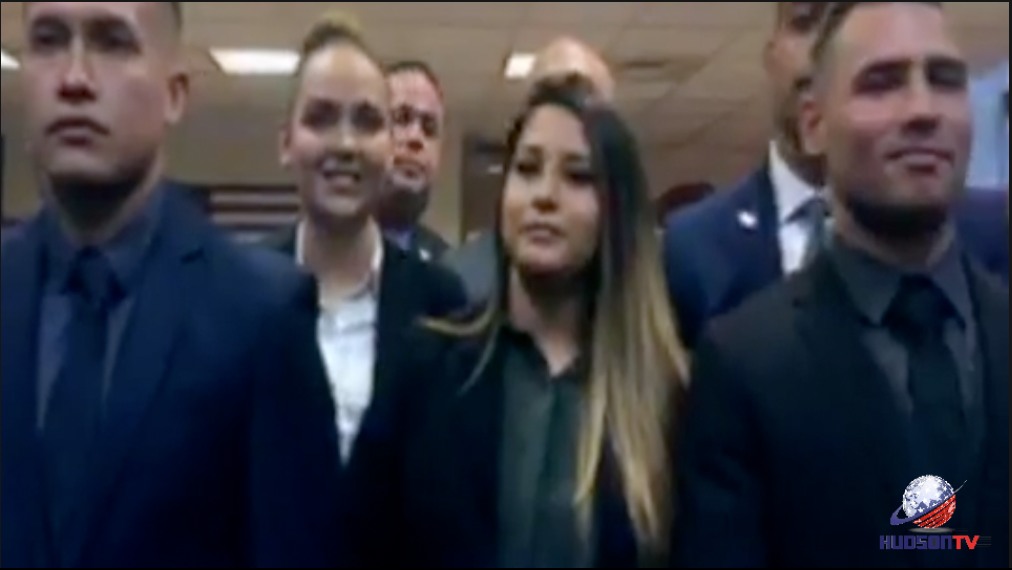 It was a proud day for the North Bergen Police Department on Wednesday as they inducted nine new officers in an Oath of Office Ceremony.

“We’re going to be bringing them over and they’re gonna basically hit the streets almost immediately,” Dowd says. “The other six recruits will be attending the Passaic County Police Academy.”

The Chief says the reason the NBPD is successful is because they have a governmental unit that really understands the value of policing.

According to Sacco, there were people who got on the list to become a police officer, passed the test but didn’t live in North Bergen.

“So (we) eliminated them from the list and these are the nine that are remaining,” Sacco says. “And I’m proud of each and every one of you.”

The loved ones are going to play a big role in this, especially for the officers going to the academy… they’re going to need your support and your help.

“Twenty-four years ago I never would have made through the academy if my mom didn’t make my lunch every day and my dad didn’t bring my uniforms to the dry cleaner,” Dowd says, adding that it’s a great day for the new officers and their families.

“One of the instructors told us once in the academy that this job is like hitting the lottery and it’s true,” the Chief says.

Hudson TV extends our congratulations to the new officers!