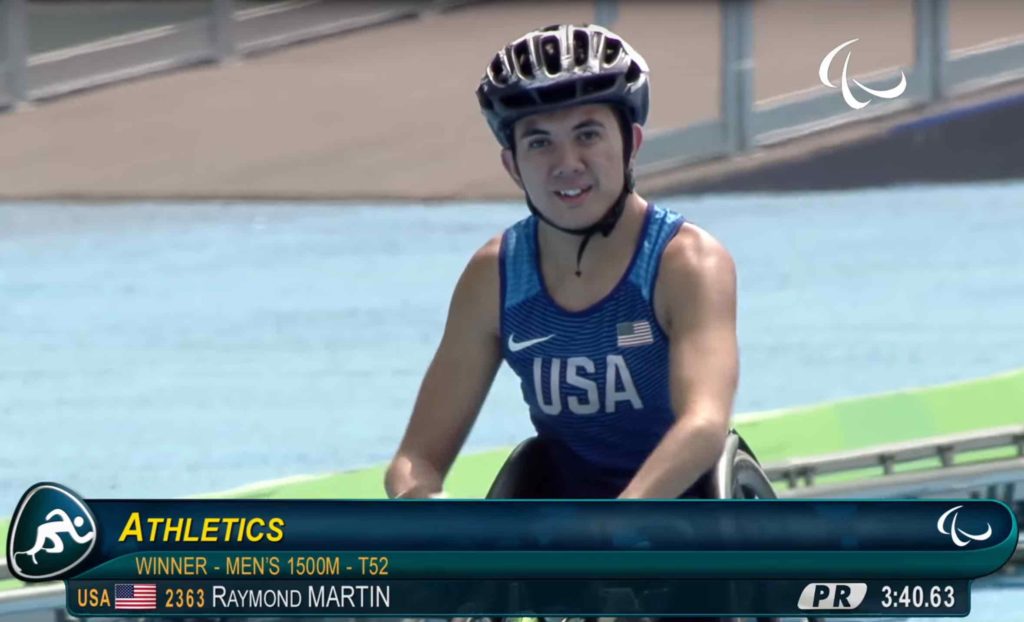 “It’s such a pleasure to see this young man represent Hudson County and the Hudson County Schools of Technology in such a positive manner on the world stage,” said Hudson County Executive Thomas DeGise. “We are all very proud of him.”

Martin set the Paralympic Record in the 1500m race with a time of 3:40:63. He also competed in the 400m race taking the top medal of gold, and winning the silver medal in the 100m race.

“Raymond is a really special person,” said HCST Superintendent of Schools Frank J. Gargiulo. “He serves as an inspiration to our current students and alumni at the Hudson County Schools of Technology, demonstrating that hard work and dedication truly do pay off.”

“There was no doubt in our minds that Raymond was going to succeed and make a difference,” said County Prep High School Principal Barbara Mendolla. “We at County Prep are all very proud of him, he has always been disciplined and ambitious, even as a student.”

The HCST Foundation originally awarded Martin a scholarship so he could attend the trials for the 2012 London Paralympics.

“The records and accomplishments that Raymond has achieved is no surprise to the HCST family,” said HCST Foundation Executive Director Linda J. Quentzel. “We always believed in his abilities and determination, and knew we were making a wise investment in our student in helping him get to the 2012 Paralympics.”

Martin is entering his senior year at the University of Illinois, majoring in Kinesiology and pursuing a career as a Physicians Assistant.

“I have been working with the Special Olympics for over 30 years, and am elated over Raymond’s accomplishments,” said HCST Board President Craig Guy. “He is one of our many students and alumni that are change makers in the world, and we are proud to have played a small part in preparing them for their careers.”