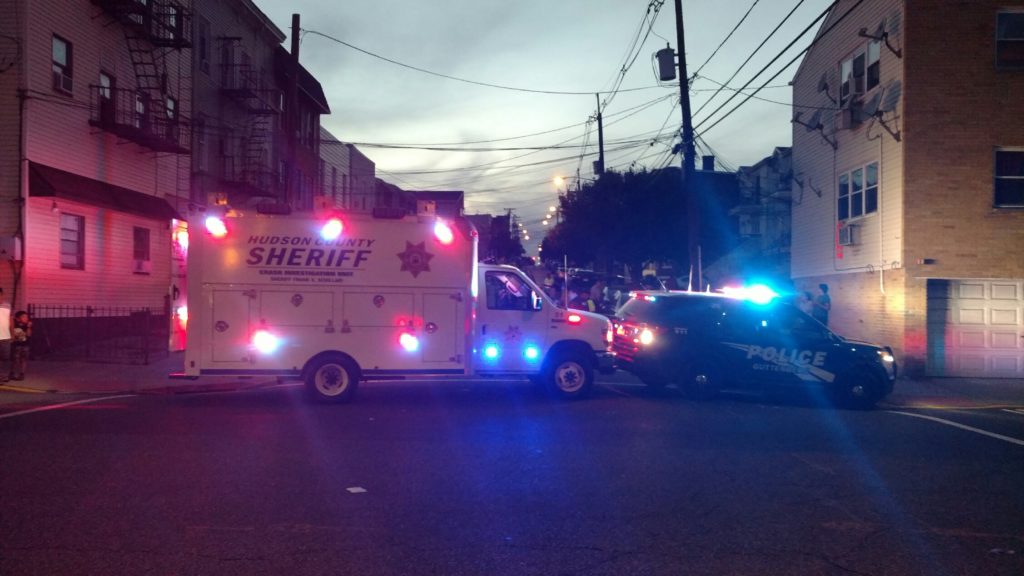 “Yesterday at approximately 5:30 PM, the Guttenberg Police Department and the Hudson County Sheriff Crash Investigation Unit, responded to the intersection of 68th Street and Broadway on the report of a pedestrian struck.

Arriving Guttenberg Police units found Carmen Castro, 68, of Guttenberg, pinned under a Toyota pickup truck, with severe head injuries. North Hudson Regional Fire Rescue responded to the scene and used airbags to lift the pickup and rescue Castro.
The victim was then transported to the Jersey City Medical Center in Critical Condition.

The driver of the Toyota Pickup, Victor Mella, 71, of Guttenberg was transported to Palisades Medical Center for Observation.

Mella, who has no driver’s license, has been charged for Causing an Injury While Driving Without a License and motor vehicle summons for being an unlicensed driver.

Sheriff’s Crash Investigators are trying to determine if Castro was in the crosswalk when she was struck and are reviewing video and speaking to witnesses.

The cause of the crash remains under investigation by the Sheriff’s Office in conjunction and the Guttenberg Police Department.”