He was drunk when he caused a deadly Jersey City crash that claimed the lives of two Union City residents in February and now  Alex Torres has been arrested on a slew of charges, including two counts of death by auto. 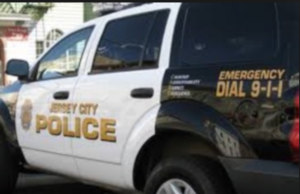 With his attorney by his side, the 31-year-old Union City man turned himself in to the Hudson County Regional Fatal Collision Unit for his role in the February 11 crash, says Hudson County Prosecutor Esther Suarez.

That’s when Jersey City Police responded to a report of a collision in the area of 608 Tonnelle Avenue between Manhattan Avenue and North Street.

During the 3:20 am call, responding officers found the 2006-white Honda Accord driven by Torres overturned and a red Toyota Corolla on the sidewalk.

Torres was driving on a suspended license when he smashed into the car carrying Mario Guevara, 25, and Heather Acosta, 24, leaving them dead at the scene.

Guevara and Acosta were the backseat passengers in the Toyota. The drivers and front seat passengers of both cars were transported to Jersey City Medical Center for treatment of non-life-threatening injuries.

Torres is currently being held at the Hudson County Correctional Facility. His first court appearance was on Thursday, when he pleaded not guilty.

According to authorities, the state did not proceed to detain Torres through his prosecution. He will be released with conditions of supervision, including pretrial services every week, ordered not to drive and must refrain from alcohol in excess.

Torres was charged with death by auto; causing death or injury while driving with a suspended license and assault by auto.  His next hearing is today before Hudson County Superior Court Judge Paul DePascale.