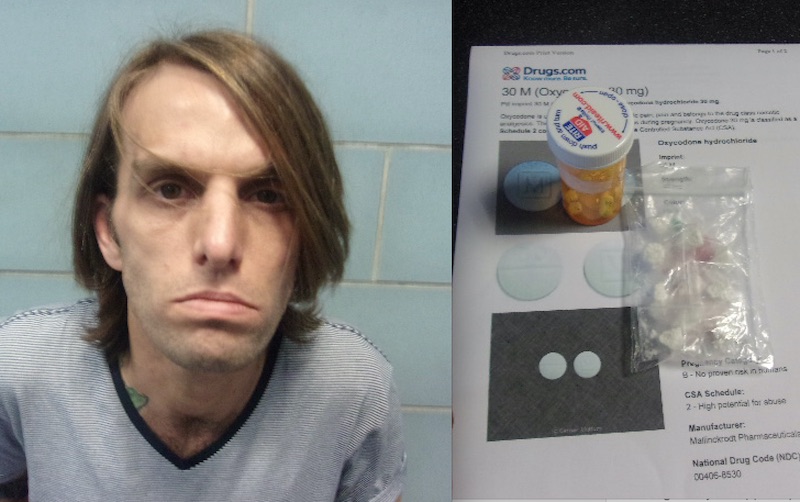 At about 3:05 on 7/28/2016, stationed at the Holland Tunnel in Jersey City received a report of a grey ,2015 Volkswagen traveling in the north tube of the Holland tunnel NJ bound was being driven recklessly striking the walls of the tunnel. PAPD Officer Michael Gerbasio intercepted the car and activated emergency light and sirens in an effort to pull the car over. The officer used a public address system to instruct the vehicles driver to pull over. The driver continued on weaving in traffic. The Volkswagen continued on for three blocks after the officers initial instructions finally stopping at 14th Street and Jersey Avenue. The driver got out of his car and removed his sun glasses and the officer noted the drivers pupils were pinpoint even in shade. The driver failed field sobriety tests. A prescription bottle with no label was on the vehicles front seat. It was determined the driver was under the influence of a stimulant and narcotic Analgesic and he was arrested. His auto was impounded.

Charges: 2 Counts of Possession of Cocaine and Oxycodone , Possession of Drug Paraphernalia (possession with intent to distribute within 500 feet of a Housing Facility- Holland gardens), Fail to Install Interlock device, DWI, Reckless driving,