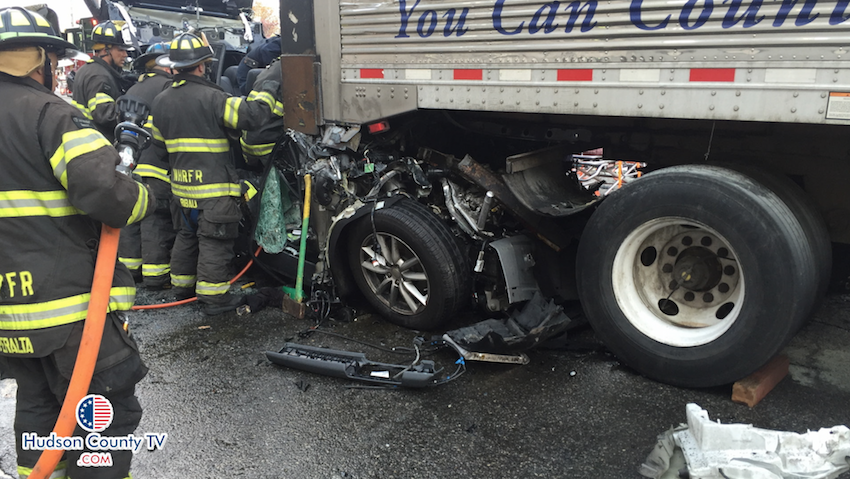 WEEHAWKEN, NJ – The Weehawken Police Department and Hudson County Sheriff’s Office Accident Investigation Unit are investigating a motor vehicle accident involving a tractor trailer and a SUV which the driver of was severely injured.

On Thursday, April 21, 2016, at 5:35PM., Weehawken Police responded to a motor vehicle accident Southbound on Willow Avenue near the Intersection of 19th Street in Weehawken. Based on preliminary reports the SUV struck the rear of the tractor trailer and pinned itself underneath the trailer’s rear lift gate, trapping the single driver occupant of the vehicle in the SUV. The driver of the tractor trailer was not injured.

Upon the arrival of the first police officers they noticed smoke and flames emanating from the SUV; the officers immediately used their fire extinguishers in an attempt to put out the fire out. The incident occurred across the driveway of the of North Hudson Reginal Fire & Rescue (NHRFR) Engine 3 Firehouse whose crew heard the crash and came outside and began to help douse the flames that were engulfing the front of the SUV. In addition to the initial engine, a specialized rescue unit from NHRFR was requested to assist in the rescue and extrication of the victim.

Also present at the scene were Weehawken EMS, Union City EMS and Jersey City EMS Paramedics who all worked together and assisted with the extrication and treatment of the victim, who suffered severe arm and leg injuries. The victim was transported to Jersey City Medical Center with severe injuries, and was last listed in stable condition.

The incredible team work that took place between Police, Fire and EMS Departments were a significant factor in the rescue of the victim. The Township would like to recognize all of the Public Safety Agencies that assisted with traffic control and other various forms of assistance during the accident; Hoboken Police, Port Authority Police, Port Authority Tunnel & Bridge Agents , and Union City Police.

This is an active and ongoing investigation. There are no charges at this time. 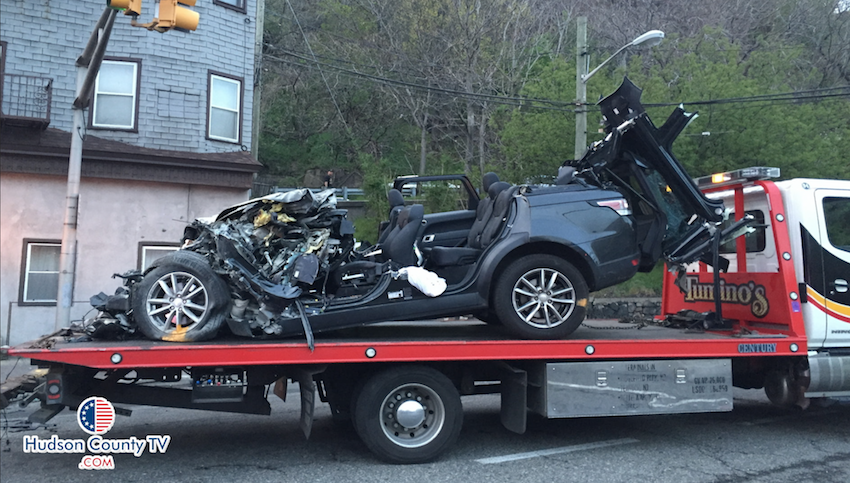 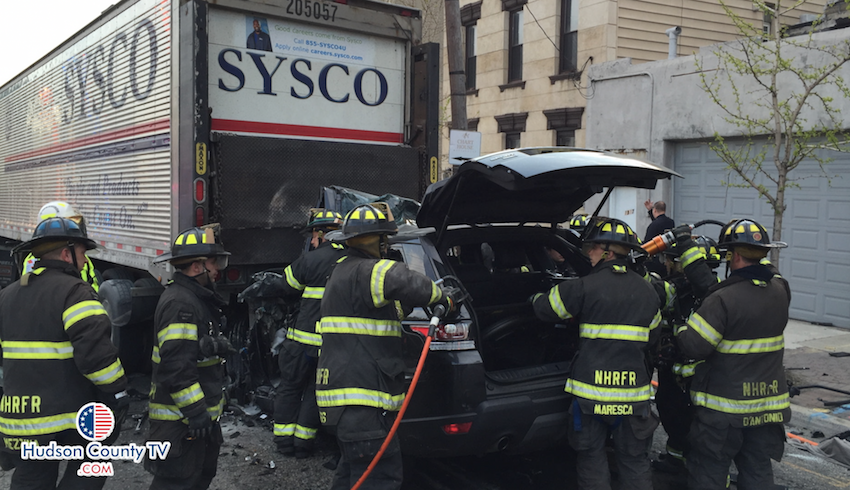