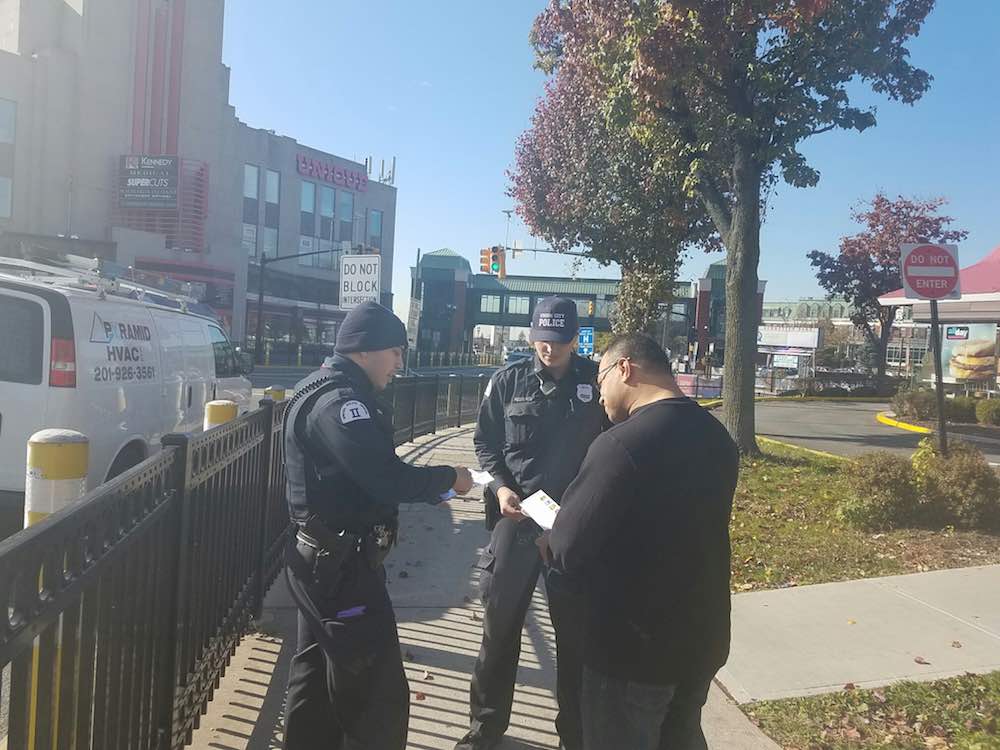 “Pedestrian safety is of the utmost importance in our community,” said Mayor Brian P. Stack. “The city has partnered with the NJTPA and the Hudson County Prosecutor’s Office to initiate an educational program for pedestrian safety. We are doing all we can to curb speeding and regulate traffic especially on the most heavily traveled roads such as Bergenline Avenue and Kennedy Boulevard. Over the last few months, I have worked with the County to change the timing of the traffic lights and to install speed deterrents along Kennedy Boulevard and throughout the city. It is my hope that these measures will prevent another tragic incident of a pedestrian being hit.”

The Union City Police Department, under the direction of Chief Richard Molinari, will be providing educational handouts on pedestrian safety throughout the business corridors of the city. “Education is key in preventing accidents involving motorist and pedestrians,” said Chief Richard Molinari. “Officers will be visible along the business corridors of the city, especially along Kennedy Boulevard, to make sure that pedestrians are crossing the streets safely and motorists are obeying traffic laws. By doing so, we anticipate a decrease in the number of incidents and increase safety.”

Officers will continue to walk down Kennedy Boulevard and Bergenline Avenue into the winter months as weather permits. The city is planning to expand the program to include educational presentations for school aged children.