A Bayonne man was charged with DWI last week, according to police. 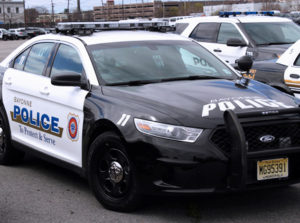 Brandon Locascio was arrested at 45th Street and Kennedy Boulevard.

He was driving a Ford Focus, which he crashed into two parked vehicles.

Locascio was transported to Bayonne Medical Center to be treated for possible injuries and was released from the hospital.

Omar Gonzalez of Bayonne was taken into custody at 20th Street on a narcotics violation.

He was found to have an outstanding warrant at the time of his arrest out of Jersey City with $575 bail (full).

He was detained at Hudson County Jail.

The 40-year-old was charged with marijuana possession under 50 grams.

A 19-year-old Secaucus resident was taken into custody at 16th Street Park on a narcotics violation.

James H. Clark III had an outstanding warrant at the time of his arrest out of Jersey City with a $100 bail (fail).

He was released and charged with marijuana possession under 50 grams.

Robert Crute IV was arrested on a narcotics violation.

The 29-year-old Bayonne resident was found with an open container of alcohol and issued a summons for drinking in public.

Crute IV was charged with marijuana possession under 50 grams and drinking in public (a city ordinance violation).

A Bayonne resident was arrested at East 53rd Street for a DWI.

Danny Castellano Jr. was driving a Mazda 6 when he was involved in a car crash.

Officers observed the 22-year-old to be unresponsive at the scene.

There were empty glassine packets and a syringe inside Castellano Jr.’s car.

He was transported to Bayonne Medical Center and treated.

A 30-year-old Clark man was arrested at 21st Street and Avenue E.

After officers stopped Vikrum Singh Kandola’s car, they found his registration was expired and he was unable to provide proof of insurance.

As the vehicle was being impounded Kandola stood in front of it, refusing to move.

He was charged with obstructing a governmental function.

Willie Melendez-Pena was arrested at East 53rd Street on a narcotics violation.

The 24-year-old Bayonne resident was charged with marijuana possession under 50 grams.

A 22-year-old Bayonne resident was arrested on 52nd Street for a narcotics violation.

Mikail was charged with marijuana possession under 50 grams, possession of narcotics paraphernalia and the three warrants.