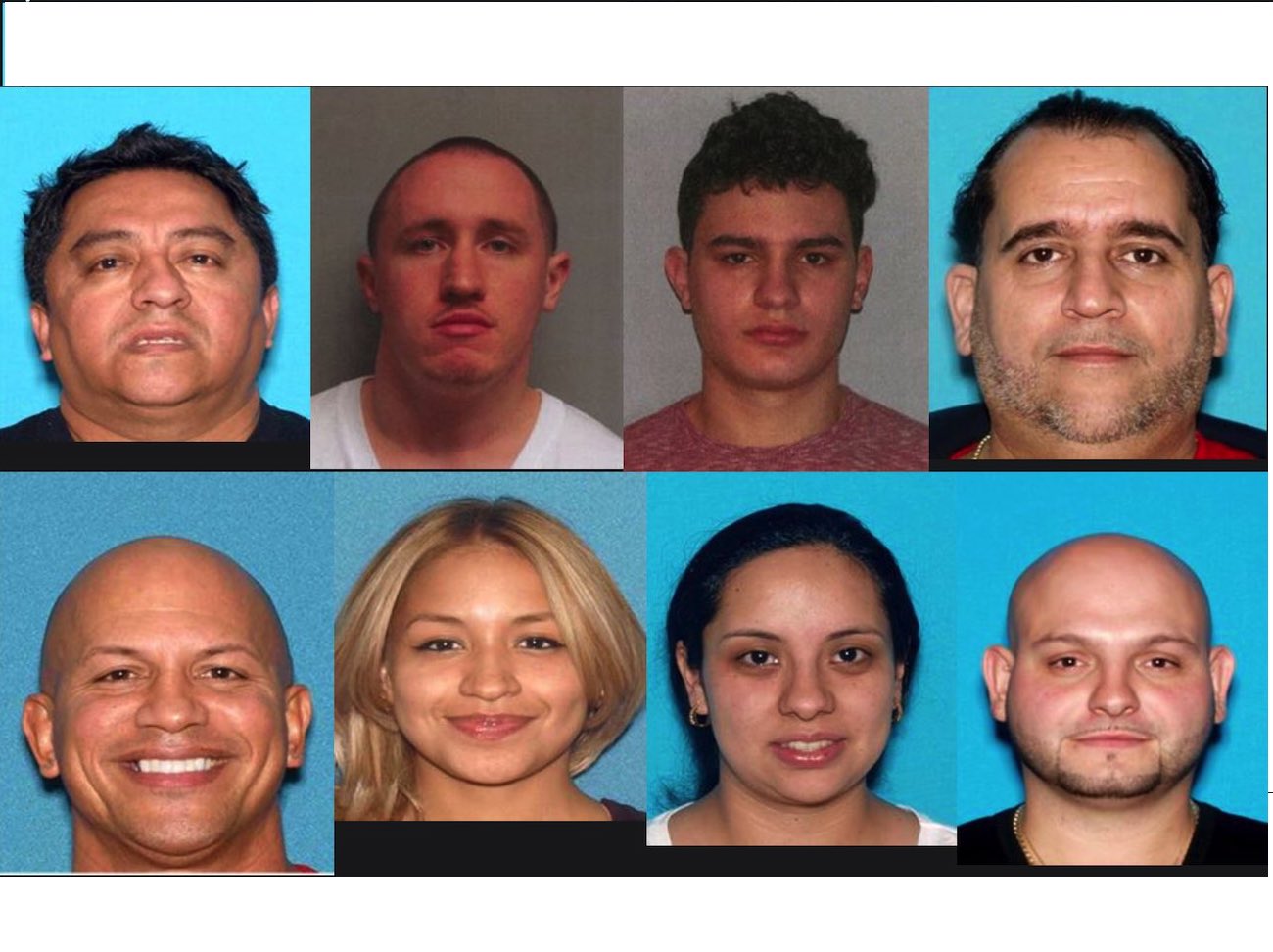 Following a five-month investigation, members of the Hudson County Prosecutor’s Narcotics Task Force along with the Newark Office of Homeland Security Investigations arrested eight individuals, charging them with various narcotics and weapons offenses.

During the investigation, detectives determined that Nick Mendoza and Jason Marrero were the alleged organizational leaders of a narcotics trafficking network operating in Hudson and Passaic counties that distributed large quantities of marijuana as well as quantities of cocaine and other Controlled Dangerous Substances. Mendoza and Marrero allegedly supplied marijuana and other drugs to mid to lower level dealers who were involved in the distribution of CDS.

The following is a list of the individuals who were arrested, as well as their charges:

In addition to the arrests, officers seized more than 80 pounds of high-grade marijuana, a large quantity of prescription medication, a small amount of cocaine, more than $75,000 in United States currency, two rifles, one stun gun, one flintlock pistol, three vehicles and more than 100 grams of pure gold. The street value of the marijuana that was seized is approximately $200,000.

If convicted of the first-degree crime of being a leader of a Narcotics Trafficking Network, Mendoza and Marrero face life imprisonment with 25 years of parole ineligibility.

In addition to the NTF Officers, Prosecutor Suarez credited the Newark Office of Homeland Security Investigations, the Clifton Police Department, the Passaic County Prosecutor’s Office, the Hudson County Sheriff’s Office K-9 Unit, and the New Jersey Division of Taxation – Office of Criminal Investigation for assisting in the searches and arrests.

The above charges are merely accusations and the defendants are presumed innocent until proven guilty. R.P.C. 3.6(b)(6).