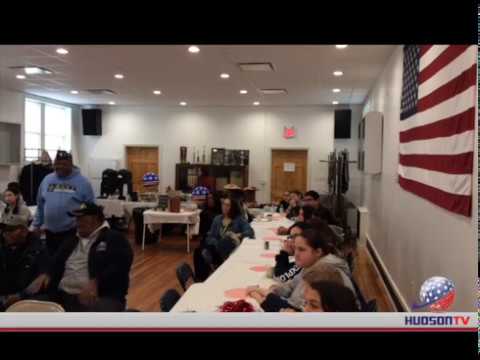 Several days after the nation marked Veterans Day, a group of students from Explore Middle School paid tribute to veterans at VFW Post 2294 in Jersey City. The 10th annual Doing Our Best for the Vets got underway with a breakfast. Later students read poems they had written and heard stories about what it’s really like to serve your country. The event ended with a meet and greet. Students say they learned a lot from the vets. One veteran says he was truly touched by the concern from the students.

Explore Middle School is part of the Hudson County Schools of Technology. The commander of VFW Post 2294 is a former teacher at the school, which was then called Explore 2000. When students learned he was a veteran they decided to honor his service, which is how Doing Our Best for the Vets got its start.

Sherry Karabin attended the event and has this report.