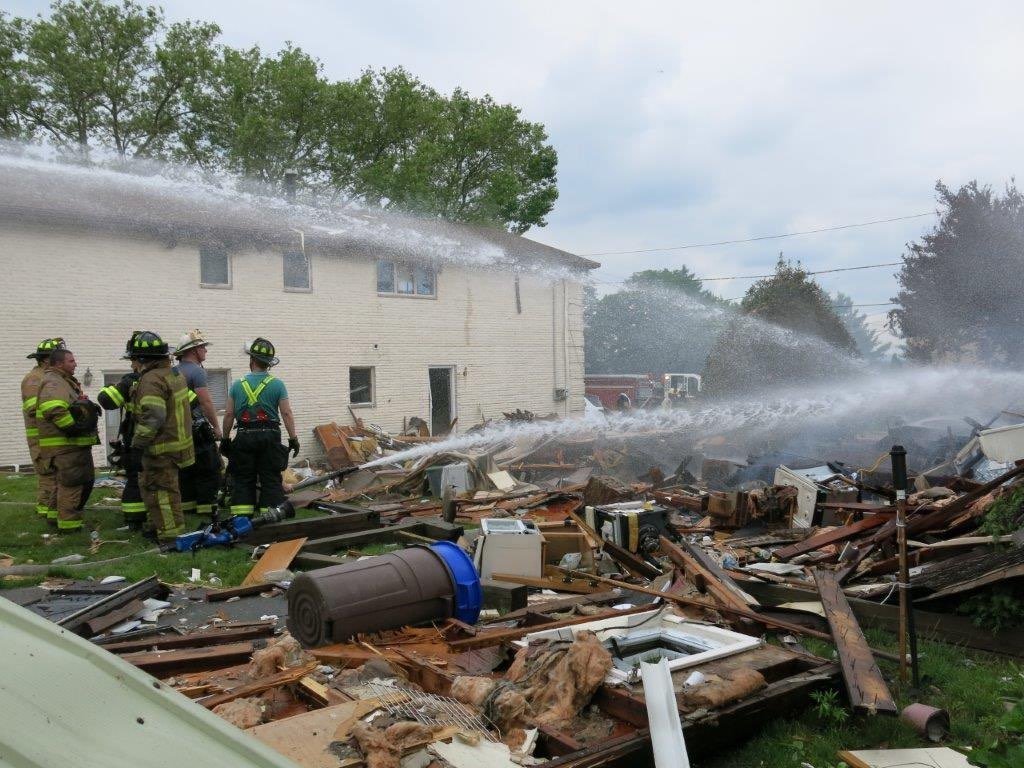 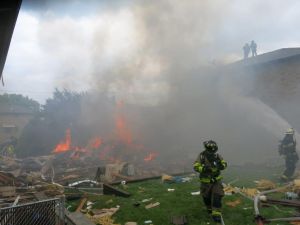 Story and Photos by Ron Jeffers.

One man was taken to the hospital and listed in stable condition, Monday morning, after an explosion rocked an Abbott Avenue home in Ridgefield, and leveled it to the ground. 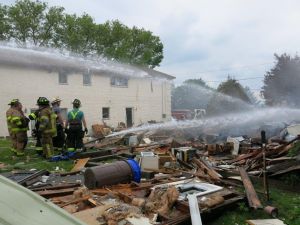 Around 11:30 a.m., homes shook in the quiet neighborhood, sending numerous first responders to the scene. The fire department was dispatched to a reported house explosion with one person unaccounted for. A column of black smoke rose above the home, attracting news helicopters.
It was reported that arriving police officers helped the occupant out to safety from the back yard area, as fire units arrived. 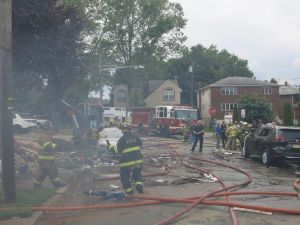 Fire fighters called for Public Service Gas to respond, with a rush, to shut down the dwelling’s gas supply. Firefighters set up water curtains to wet down the exposing dwellings. There was a field of debris that covered neighborhood houses and parked cars were damaged.
Borough firefighters were assisted by fire units from Cliffside Park, Palisades Park and Leonia, at the scene.
When the gas was shut down, firefighters extinguished the flames and began removing piles of debris to extinguish deep seated flames under the debris. 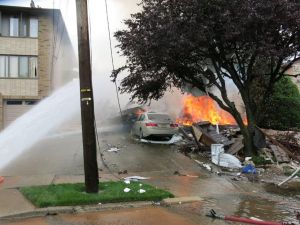 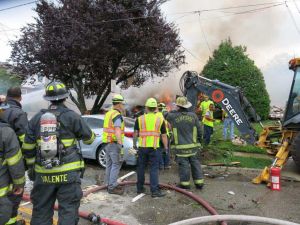