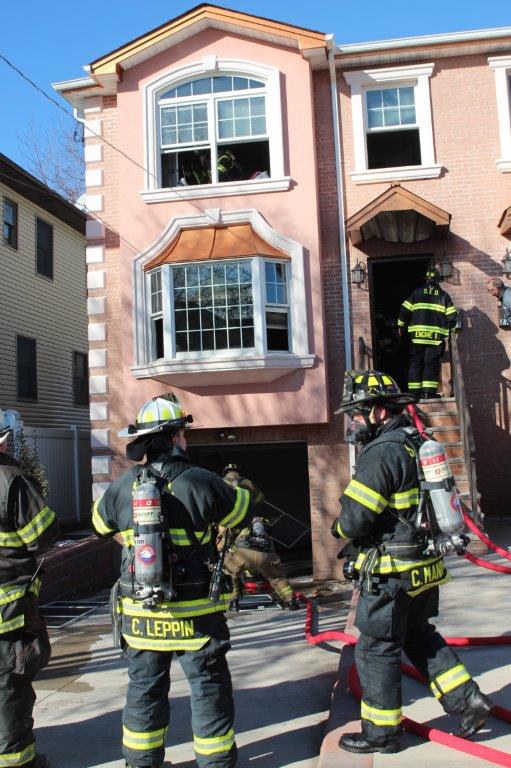 Secaucus firefighters responded to a report fire in a dwelling on First Street, shortly before 11 a.m., Monday.  They found fire in the basement area, extending up the south wall to the upper floors.

As flames traveled upward, a second-alarm was sounded bringing fire companies from Jersey City and Lyndhurst to the scene.  Several hose lines were placed into operation and crews used hooks and other tools to open up walls and ceiling to find hidden, traveling flames.

The fire was brought under control in a little over 30-minutes, in the 28-degree weather.  Fire Chief Leppin then released the mutual aid companies.  No one was home in the building at the time of the fire, according to officials on the scene.