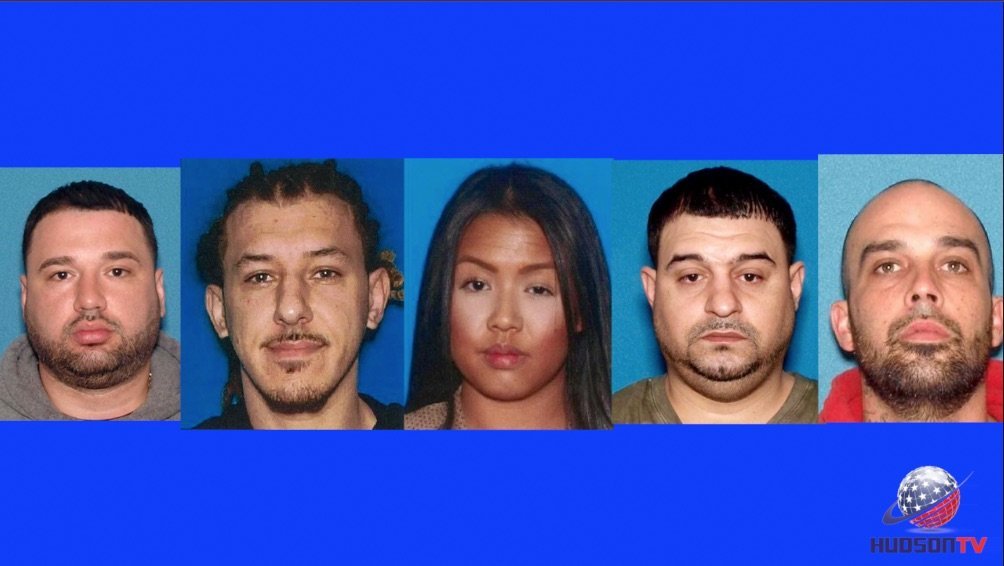 They were a posse of dealers dishing out high stakes drugs and after a four-month investigation by the Hudson County Prosecutor’s Narcotics Task Force, no more. They arrested the four men and one woman, charging them with a slew of narcotics offenses.

According to Hudson County Prosecutor Esther Suarez, Roman was the alleged ring leader of a Hudson County narcotics trafficking network that distributed large quantities of cocaine and marijuana.

The 31-year-old supplied the controlled dangerous substances to others who were involved in the distribution of CDS, as well as utilizing a swanky high-rise condo complex in downtown Jersey City to distribute the CDS.

On February 5 Roman also pleaded guilty to conspiracy to possess marijuana, which stemmed from an unrelated incident on July 24, 2017. His sentencing on that matter is scheduled for April 6, 2018.

Joseph Marin was charged with conspiracy to distribute cocaine. In addition to the arrests, officers seized approximately 2,500 grams of cocaine, more than $89,000 and 14 pounds of high-grade marijuana, with the street value of all the narcotics seized valued at more than $160,000.

If convicted of the first-degree crime of being a leader of a narcotics trafficking network, Roman faces life imprisonment with 25 years of parole ineligibility.

Suarez praised the NTF Officers and Hudson County Sheriff’s Office K-9 Unit for assisting in the searches and arrests.

The Prosecutor’s Task Force is actively investigating this case and urges anyone with information to call them at 201-915-1234.