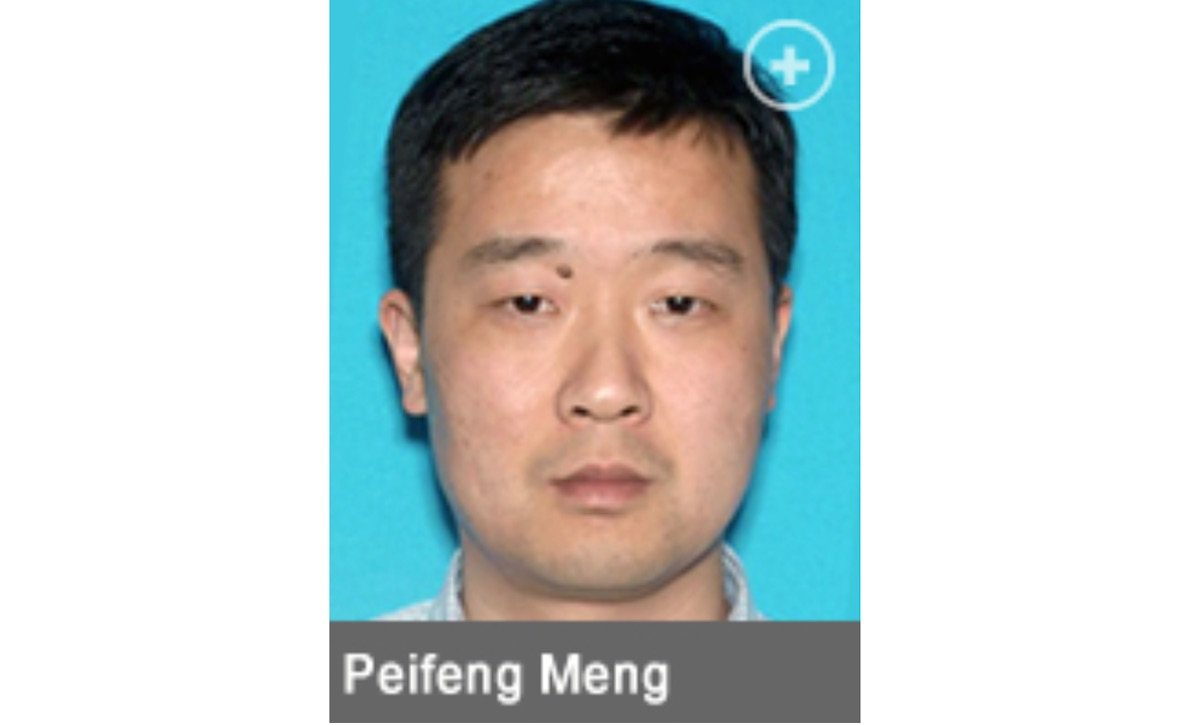 TRENTON – Attorney General Gurbir S. Grewal announced that a Mercer County man who had more than 50,000 files of child pornography on his computer devices was sentenced to state prison on May 3 for distributing child pornography online and assaulting two state detectives during his arrest in 2016.

Peifeng Meng, 45, of Pennington, N.J., was sentenced this past friday to five years in state prison, including 2 ½ years of parole ineligibility, by Superior Court Judge Darlene J. Pereksta in Mercer County. He must register as a sex offender under Megan’s Law and will be subject to parole supervision for life.

Meng pleaded guilty on March 4 to second-degree distribution of child pornography and two counts of third-degree aggravated assault on a police officer. He was sentenced to five years in prison, including 2 ½ years of parole ineligibility, on the child pornography charge, and three years on each of the assault charges. The state had requested that the assault sentences be concurrent to one another but consecutive to the child pornography sentence, for a total sentence of eight years in prison. However, the judge ordered that all of the sentences be served concurrently.

A DCJ detective was monitoring a file-sharing network popular with child pornography offenders when she identified a computer address that was sharing child pornography. The detective successfully downloaded over 25 files of child pornography being shared from that IP address, which was traced to Meng’s home in Pennington. On Dec. 14, 2016, DCJ detectives, assisted by the Hopewell Township Police Department and U.S. Homeland Security Investigations, executed a search warrant at Meng’s home. During execution of the warrant, Meng attempted to grab the handgun of a DCJ detective. Two DCJ detectives stopped Meng from taking the gun, but both detectives suffered minor injuries during the struggle. Additional members of law enforcement helped the detectives to subdue Meng. Investigators seized two hard drives, a flash drive, and a desktop computer from the home. A forensic examination of the devices at the Regional Computer Forensics Laboratory in Hamilton revealed more than 50,000 files of child pornography. The Mercer County Special Victims Unit also assisted in the operation.

“Meng’s large collection of child pornography highlights the number of children who are cruelly exploited to produce these abhorrent materials and the length to which offenders will go to collect them,” said Attorney General Grewal. “We will continue to protect children by locking up these offenders who create a market for this exploitation and who perpetuate the victimization of innocent children.”

“Meng’s attack on two of our detectives created a dangerous situation that might have ended in tragedy if the detectives and their law enforcement partners had not responded swiftly and effectively to the threat,” said Director Veronica Allende of the Division of Criminal Justice. “Justice demanded that he face a substantial prison sentence for those assaults as well as his distribution of child pornography.”

Attorney General Grewal and Director Allende urged anyone with information about the distribution of child pornography on the internet – or about suspected improper contact by unknown persons communicating with children via the internet or possible exploitation or sexual abuse of children – to contact the New Jersey Internet Crimes Against Children Task Force Tipline at 888-648-6007.