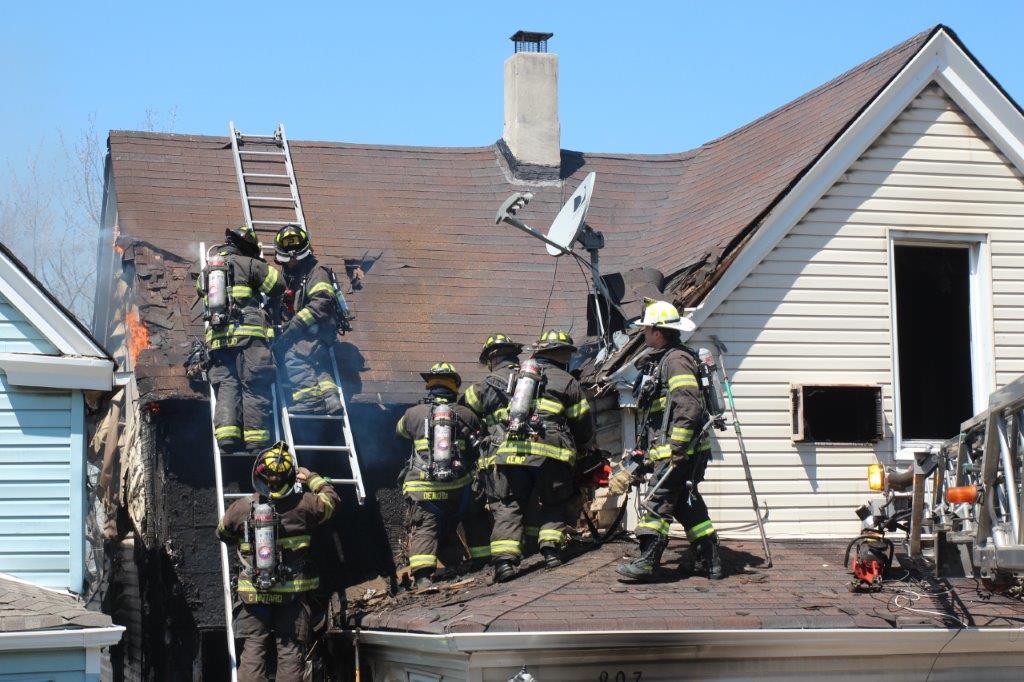 Photos and Story by Ron Jeffers.-

North Hudson firefighters were dispatched to a reported fire at 907 Columbia Avenue at about noon time. Township Police Officer Patrina Guillen was first to arrive and radioed in a confirmed fire. North Hudson Engine Co. 1 turned the corner of 10th Street and Paterson Plan Road, near their firehouse, a radioed in a smoke condition in the area. When the company pulled up, they reported fire in two buildings and ordered a second-alarm.

The fire started in 907 and flames extended to 905, a similar wood-frame dwelling separated by a small alleyway.

Aggressive firefighting operations commenced, as was evident by the debris cover firefighter’s gear and their soot covered faces. Hard to get, concealed flames had to be reached with saws and hooks, including from the outside on the peaked roof. The original fire building was unoccupied and the structure at 905 was under renovations.

The fire was declared under control at 12:36 p.m. by Deputy Chief Charles Thomas. There were no reported injuries to firefighters.