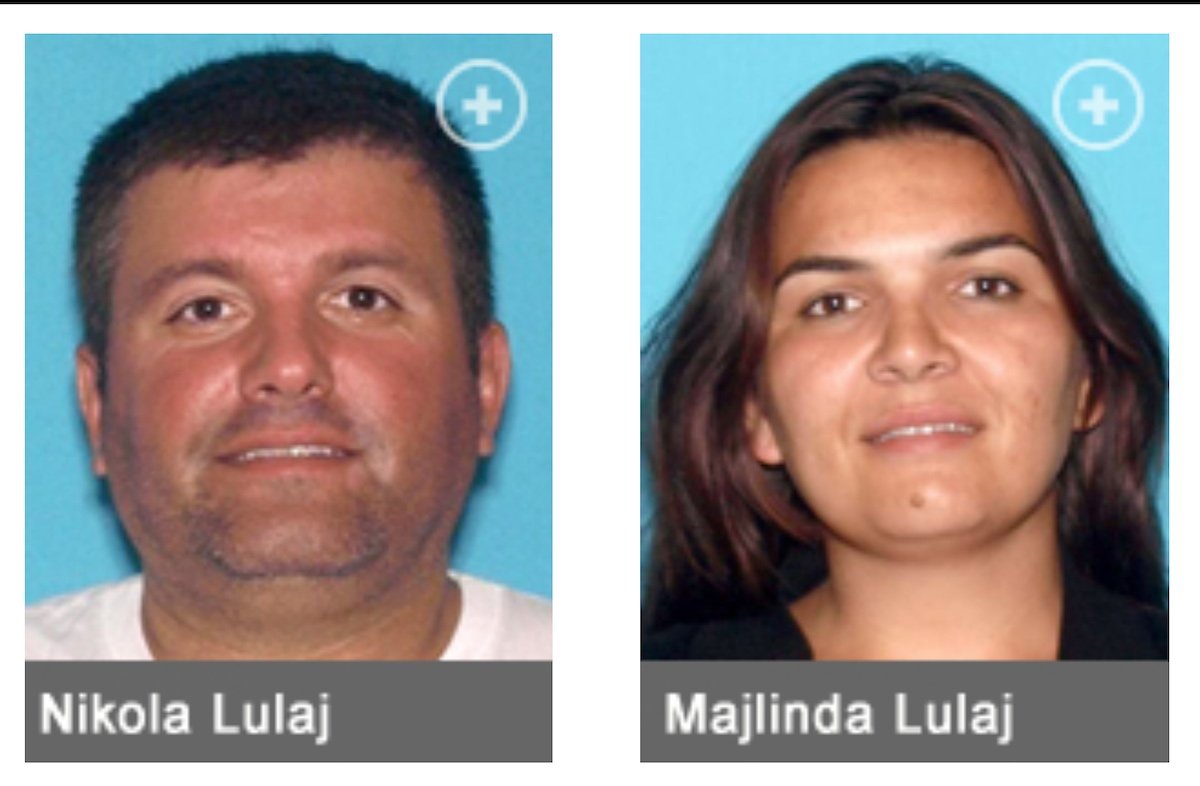 TRENTON – Attorney General Gurbir S. Grewal announced that a former police officer was sentenced to prison after being convicted in October at trial of stealing $187,000 by filing fraudulent applications for federal relief funds related to Superstorm Sandy. His wife, who was convicted with him, was sentenced to probation and community service.

Nikola Lulaj, 45, of Seaside Heights, N.J., (formerly of Dumont, N.J.) – who forfeited his job as an officer with the Hoboken Police Department as a result of his conviction – was sentenced today to five years in state prison by Superior Court Judge James M. Blaney in Ocean County. His wife, Majlinda Lulaj, 32, was sentenced today to three years of probation, conditioned upon completion of 50 hours of community service. Both defendants were ordered to pay full restitution. The husband and wife were found guilty on Oct. 25 by an Ocean County jury of charges of second-degree conspiracy, second-degree theft by deception, and six counts of fourth-degree unsworn falsification.

The state presented testimony and evidence at trial that Nikola and Majlinda Lulaj filed fraudulent applications following Superstorm Sandy for FEMA assistance, a low-interest SBA disaster-relief loan, and state grants under the Homeowner Resettlement Program (RSP), the Reconstruction, Rehabilitation, Elevation and Mitigation (RREM) Program, and the Sandy Homeowner and Renter Assistance Program (SHRAP) funded by the New Jersey Department of Human Services. As a result, they received a total of approximately $187,074 in relief funds.

The couple falsely claimed in their applications that a home they own on Webster Avenue in Seaside Heights, which was damaged by Superstorm Sandy, was their primary residence at the time Sandy struck. In fact, their primary residence was in Dumont, N.J. They have since moved to the house in Seaside Heights, but at the time of the storm, it was a vacation/rental property. As a result of the alleged fraudulent applications, Nikola and Majlinda Lulaj received $2,820 from FEMA, $90,200 in SBA loan proceeds, a $69,054 RREM grant, a $10,000 RSP grant, and a $15,000 SHRAP grant.

“For a police officer to commit this type of fraud is particularly egregious, because officers take an oath to uphold the law and we rightly hold them to the highest standards,” said Attorney General Grewal. “When disaster strikes, we cannot allow dishonest applicants to divert disaster relief funds from the intended recipients – namely, those victims whose primary homes were destroyed or damaged.”

“We have recovered well over $2 million through these prosecutions and have delivered a strong message that should deter this type of fraud during future disaster recovery efforts,” said Director Veronica Allende of the Division of Criminal Justice. “I commend our trial team for securing the verdict and these sentences, and I thank all of our law enforcement partners for their excellent work in these historic anti-fraud efforts.”

The Attorney General’s Office has charged over 120 defendants with fraud related to Sandy relief programs. Most of the cases involve “primary residence fraud” of the type committed by Nikola and Majlinda Lulaj. The 120-plus defendants allegedly were responsible for diverting more than $8 million in relief funds. The office is continuing its aggressive efforts to investigate fraud in Sandy relief programs, working jointly with the New Jersey Department of Community Affairs (DCA), and the Offices of Inspector General of the U.S. Department of Homeland Security, the U.S. Department of Housing and Urban Development (HUD), the U.S. Small Business Administration (SBA), and the U.S. Department of Health and Human Services (HHS). Also assisting the taskforce is the New Jersey Division of Consumer Affairs, the New Jersey Motor Vehicle Commission, New Jersey Office of the State Comptroller, New Jersey Department of the Treasury Office of Criminal Investigation, U.S. Postal Inspection Service, and the non-profit National Insurance Crime Bureau (NICB).