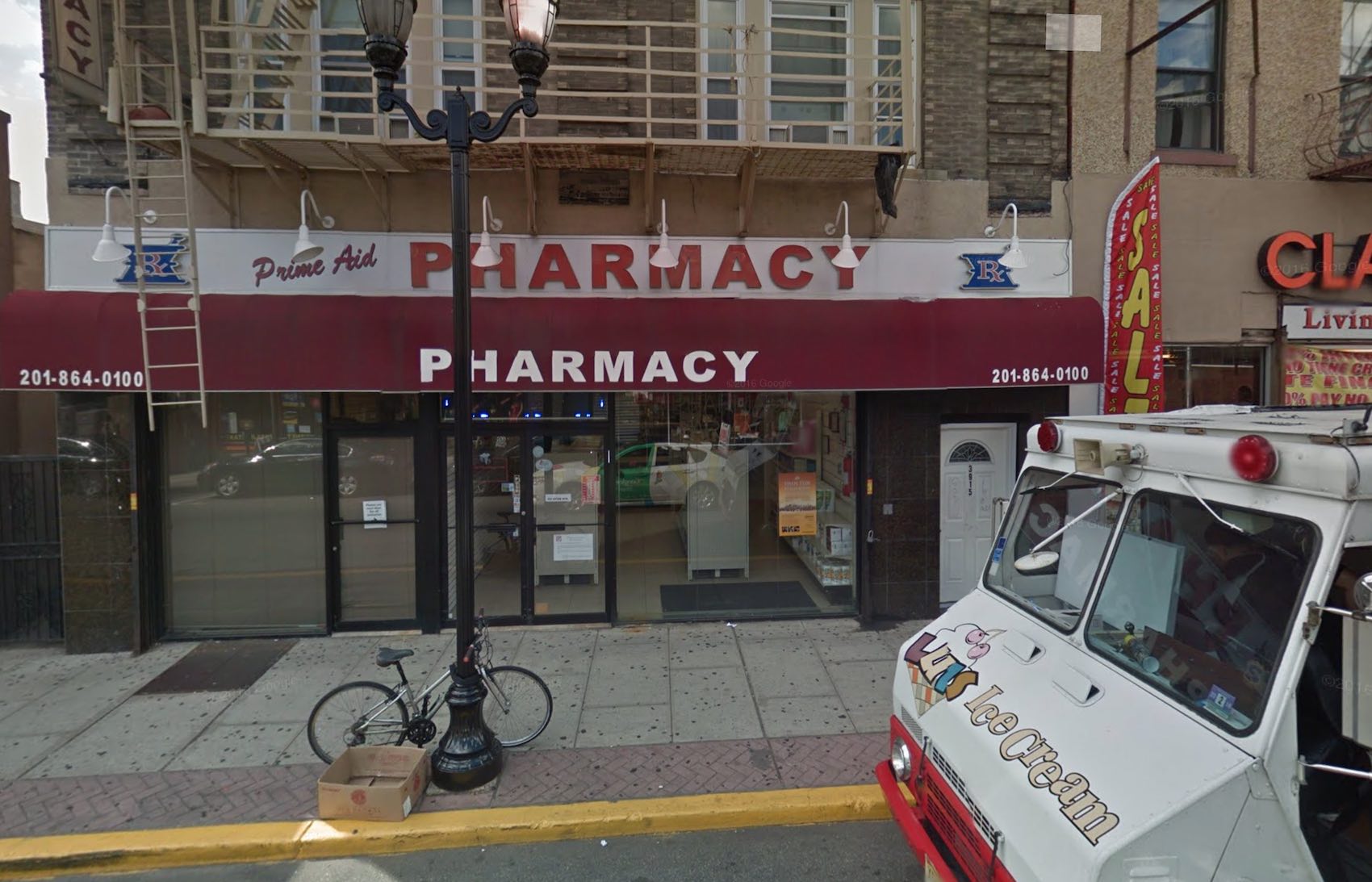 TRENTON, N.J. – Four people have been charged for their roles in conspiracies to commit health care fraud and wire fraud and to pay kickbacks to doctors and doctors’ employees, U.S. Attorney Craig Carpenito announced today.

Alex Fleyshmakher, 33, of Morganville, New Jersey, was arrested this morning and will have his initial appearance this afternoon before U.S. Magistrate Judge Douglas Arpert in Trenton federal court. Also charged in the superseding indictment are: Ruben Sevumyants, 36, of Marlboro, New Jersey; and Samuel “Sam” Khaimov, 47, and Yana Shtindler, 44, both of Glen Head, New York. Sevumyants was previously charged by indictment, and Khaimov and Shtindler were each previously charged by complaint.

Initially, Prime Aid Pharmacies obtained retail network agreements with several pharmacy benefit managers (PBMs), which allowed them to receive reimbursement payments for prescription medications, including specialty medications. PBMs acted as intermediaries on behalf of Medicare, Medicaid, and private healthcare insurance providers, so that when a pharmacy received a prescription, the pharmacy then submitted a claim for reimbursement to the PBM that represented the beneficiary’s drug plan.

Starting in 2009, in order to obtain a higher volume of prescriptions, Khaimov, Sevumyants, Fleyshmakher, and other Prime Aid employees paid bribes and kickbacks to doctors and doctors’ employees to induce them to steer prescriptions to Prime Aid Pharmacies. The kickbacks included expensive meals and payments by cash, check, and wire transfers. Another method of bribery also involved paying an employee to work inside a doctor’s office for the doctor’s benefit.

Prime Aid Union City – at the direction of Shtindler, Khaimov, and Sevumyants – also engaged in the pervasive fraudulent practice of billing health insurance providers for medications that were never provided to patients. While Prime Aid generally provided medications for initial prescriptions it received, it systematically billed for refills for those same medications without ever dispensing them to patients. From 2013 through 2017, Prime Aid Union City received over $65 million in reimbursement payments from Medicare, Medicaid, and private insurers for medications the pharmacy not only failed to give patients, but never even ordered or had in stock.

PBMs conducted routine audits of Prime Aid Union City and discovered its practice of billing but not dispensing medications. In response to these audits, Shtindler instructed Prime Aid employees to falsify records submitted to the PBMs. Sevumyants forged shipping records of a private commercial shipping company to make it appear as if medications were shipped to the patients when, in fact, they were not.

Despite these concealment efforts, some PBMs terminated the Prime Aid Pharmacies from their PBM networks. In order to continue profiting from these same PBMs, Khaimov and Shtindler opened new pharmacies, including Your Care Pharmacy in Bronx, New York, and transferred patients from the terminated Prime Aid Pharmacies to Your Care. To facilitate this scheme, Shtindler and Khaimov lied to the PBMs about the true ownership of those pharmacies, including Your Care, in order to ensure that in approving such pharmacies, the PBMs did not know the affiliation between the terminated pharmacies and the new pharmacies. This scheme resulted in one PBM being defrauded into paying Your Care over $34 million in reimbursement payments.

The superseding indictment charges each defendant as follows: 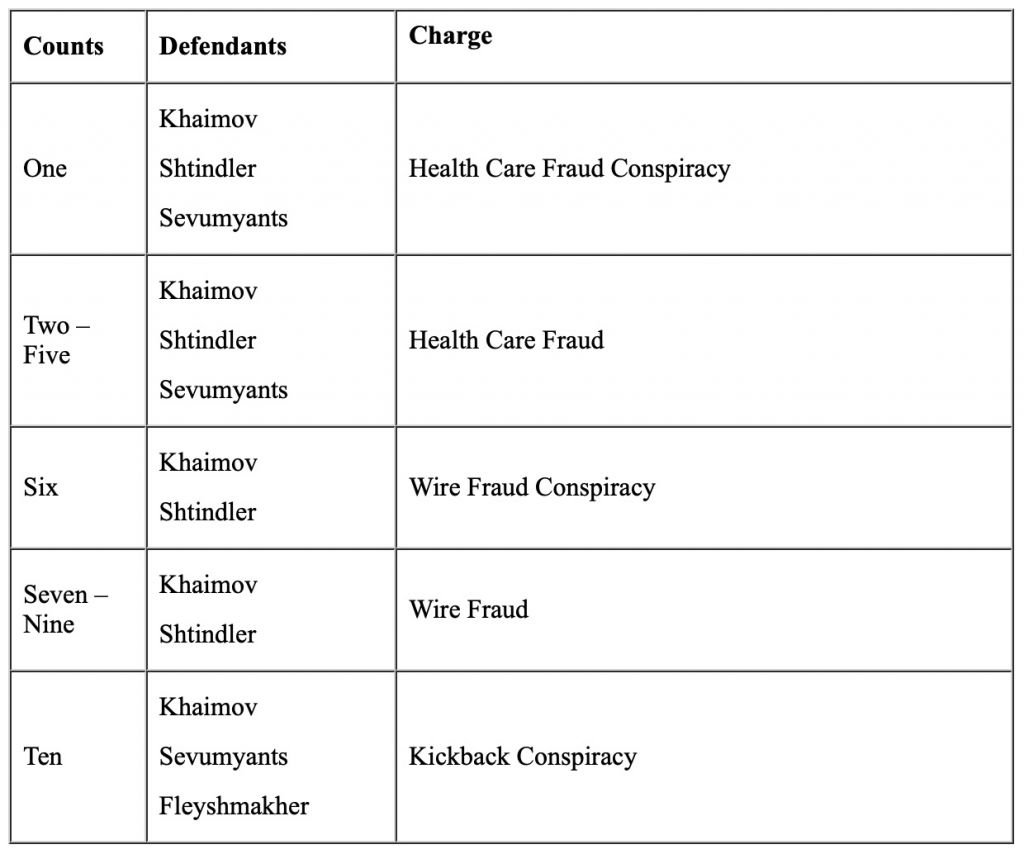 The charges and allegations contained in the superseding indictment are merely accusations, and the defendants are presumed innocent unless and until proven guilty.