Former West New York Commissioner Fior D’Aliza Frias, who resigned in late 2014, was targeted for endorsement by the Christie administration officials later accused of crimes in the Bridgegate scandal.

Frias is listed in an email from defendant Bridget Kelly as someone they were “working on the timing of an endorsement” of Christie for reelection in 2013.

The federal prosecution released the email among its other trial exhibits.

Frias confirmed later in 2013 that the FBI was in West New York township offices. See our video from December 2013, available only here on HudsonTV.

The Bridgegate trial of defendants Bridget Kelly and Bill Baroni is ongoing. 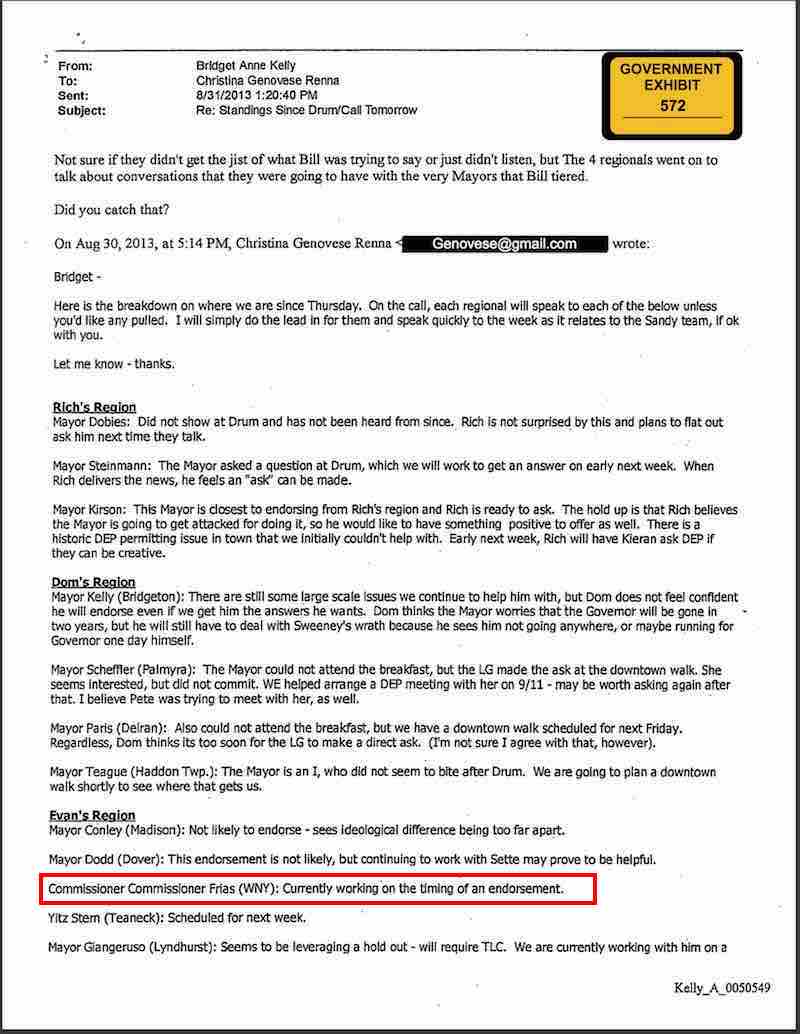 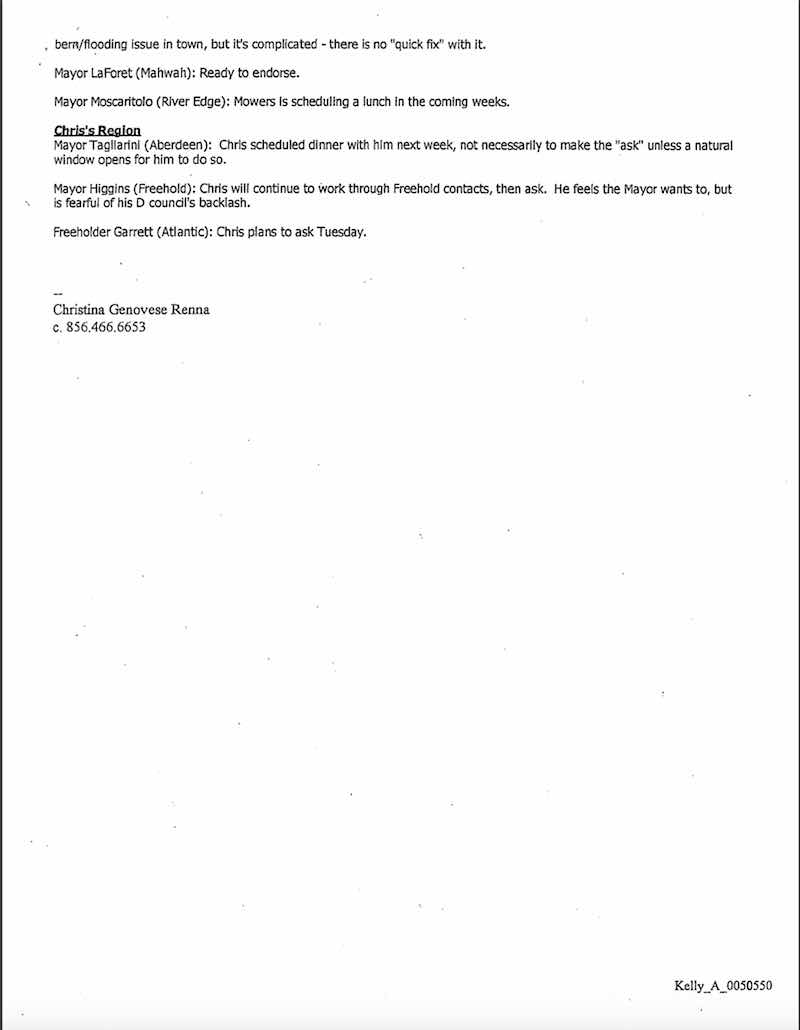