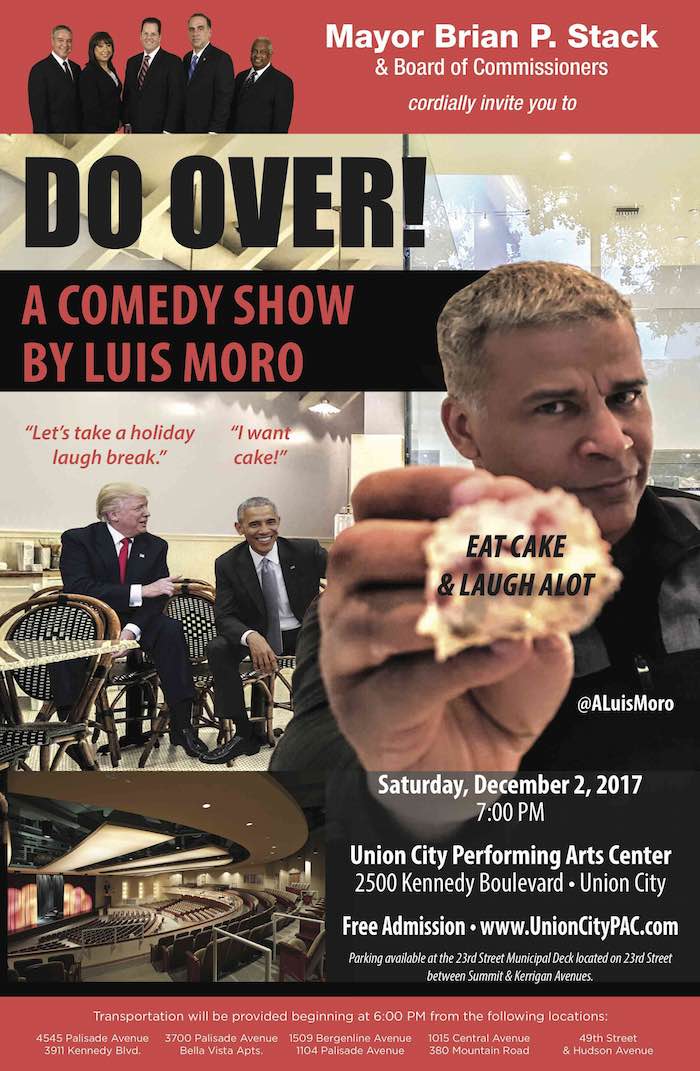 Luis has earned a range of accomplishments in many of life’s great opportunities.  While his resume is diverse, the base expression is the same. Being creative, producing sustainable results that make a difference empowering people.

In 2010 he became a full-time single father, with two daughters and step-son.  At that point, he decided to focus 100% on parenting and took a hiatus from comedy performing.

DO OVER is Luis return to the comedy stage.

“Doing life over every hour is a must for successful parenting. Finding the comedy to Do Over it over every minute is must for living.”  – Luis Moro

Luis was Nominated Best Actor at The American Black Film Festival for his role as Alberto in the history making film Love & Suicide.

Luis acclaimed films include The Unseen, a drama shot in Atlanta Georgia. The history making romance, Cuba’s Love and Suicide, set in Havana, Cuba and New York plus the comedy Venus & Vegas, shot in Los Angeles and Las Vegas.

Luis is the co-producer on two award winning films, Roll With me, currently winning awards in the film festival circuit. And Where We Begin, which obtained many festival awards from the USA and International. His current slate of films ranges from the true Native American story Whispers Like Thunder to the comedy The God Brother.

He began his writing career while in the real estate mortgage business by creating, writing and hosting the first ever Latin-American real estate and travel television show “Real Estate America” which aired on Univision.

Luis is a graduate of Rutgers University, where he lettered and received NCAA award for football.   He can be seen in small acting roles in various film, including Siege, The (1998) King of the Ants (2003) and his debut supporting role in Cuba’s Love & Suicide.

Parking is available at the 23rd Street Municipal Deck located on 23rd Street between Summit and Kerrigan Avenues.