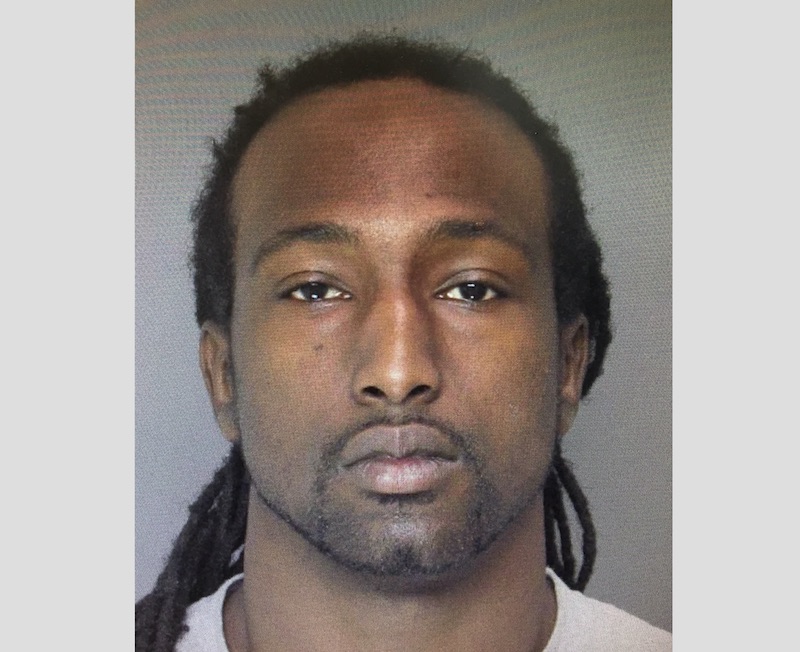 On Wednesday, August 3, 2016 at approximately 1200 noon, the Harrison Police observed a black Chevy Impala parked on a hydrant at the intersection of Second Street and Cleveland Avenue. The vehicle was occupied by two males who were in and out of the vehicle watching a parking lot that has been the subject of numerous vehicle burglaries. The vehicle eventually left the area heading north on Second Street. Harrison Police conducted a motor vehicle stop at 900 Passaic Avenue in East Newark. Harrison Police interviewed the driver and explained the reason for the stop and questioned the suspicious activity. The driver, Arbrey Tucker, 29 of Bloomfield had no license and was arrested on warrants from Newark PD.

While Harrison Police were interviewing the passenger Keith Jean, 31 about his identity and suspicious activity, he fled on foot and jumped into the Passaic River in an effort to escape. Numerous officers from East Newark and Harrison arrived to assist in rescuing the suspect from the River. The suspect continued telling officers he was not going back to jail and refused numerous life-saving efforts extended by police. He began to swim farther out into the river towards the center of NJ Transit’s Newark Drawbridge. Newark PD was contacted along with the NJ State Police Marine Unit for assistance.

The suspect swam across the Passaic to the bulkhead which surrounds the center bridge tower foundation. He was under continuous observation while awaiting the State Police Marine Unit and continued efforts were made to encourage him to cooperate with being pulled from the water. Approximately 15 minutes before the State Police arrived along with a boat from the Newark Fire Department (with members of Newark PD’s Tactical Response Unit on board) the suspect made his way from the bridge support to a storm drain on the west bank of the Passaic River just south of the Transit Bridge.

The storm drain was searched from the river side while Newark PD checked manhole access covers along the drain route from the street. Additionally, a camera on an extension pole was utilized but the suspect could not be located. Finally, Passaic Valley Sewage Commission was contacted for assistance. From street level, they inserted a camera into the storm drain’s path in an attempt to locate the suspect.

As of, 1830 hours on Wednesday, August 3, 2016, the suspect had not been located. Keith Jean was later found to be wanted by at least two other jurisdictions. This investigation is ongoing as well as the continued search and/or rescue.