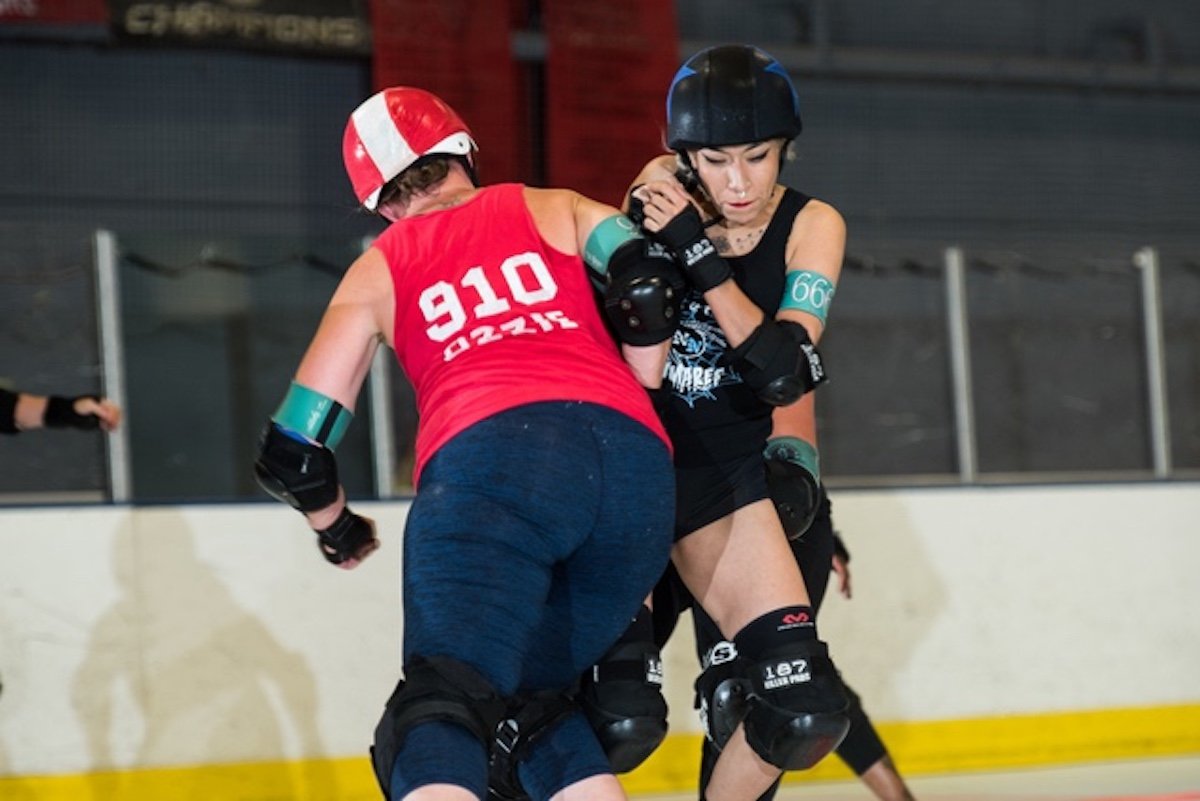 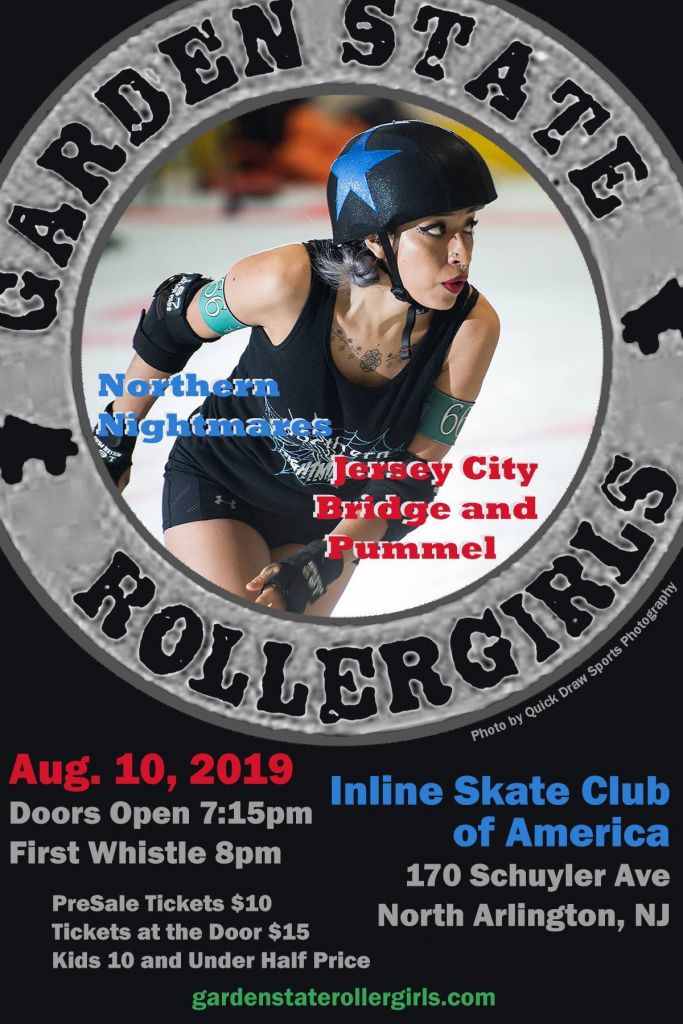 Jersey City Bridge And Pummel To Go Up Against Reigning Home-Team Champs, The Northern Nightmares on August 10.
North Arlington, NJ – July 29, 2018 — On Saturday, Aug. 10, Jersey City Bridge and Pummel will go up against The Northern Nightmares in The Garden State Rollergirls’ Intraleague Championship Series.
This will be Bridge and Pummel’s first game of the season.  The Nightmares, who are the 2018 champs, beat The Gateway Grim Reapers in the season opener.
“We’ve been waiting all season for our chance to get out there and start our fight for the championship title,” said Bridge and Pummel captain, Luscious Malfoy. “It’s going to be a great game!”
The two will go head-to-head at the Inline Skating Club of America in North Arlington on Saturday, Aug. 10. Doors open at 7:15 p.m. and the first whistle is at 8 p.m.
Spectators should be sure to get their tickets in advance at brownpapertickets.com. Admission is $15 at the door and $10 online.
Fans will also be able to purchase GSR merchandise and participate in a bake sale and raffles.
The series will continue on Saturday, September 14th, when Bridge and Pummel plays the Grim Reapers.
About Garden State Rollergirls:
Garden State Rollergirls are New Jersey’s premier all-women flat track roller derby league, consisting of approximately 40 skaters. The league has two traveling teams, the all-star Ironbound Maidens and the B-team, the Brick City Bruisers. In addition, there are three home teams, the Northern Nightmares, the Jersey City Bridge and Pummel, and the newest home team the Gateway Grim Reapers, who bout against each other throughout the season.
GSR is in Division 2 of the Women’s Flat Track Derby Association (WFTDA).