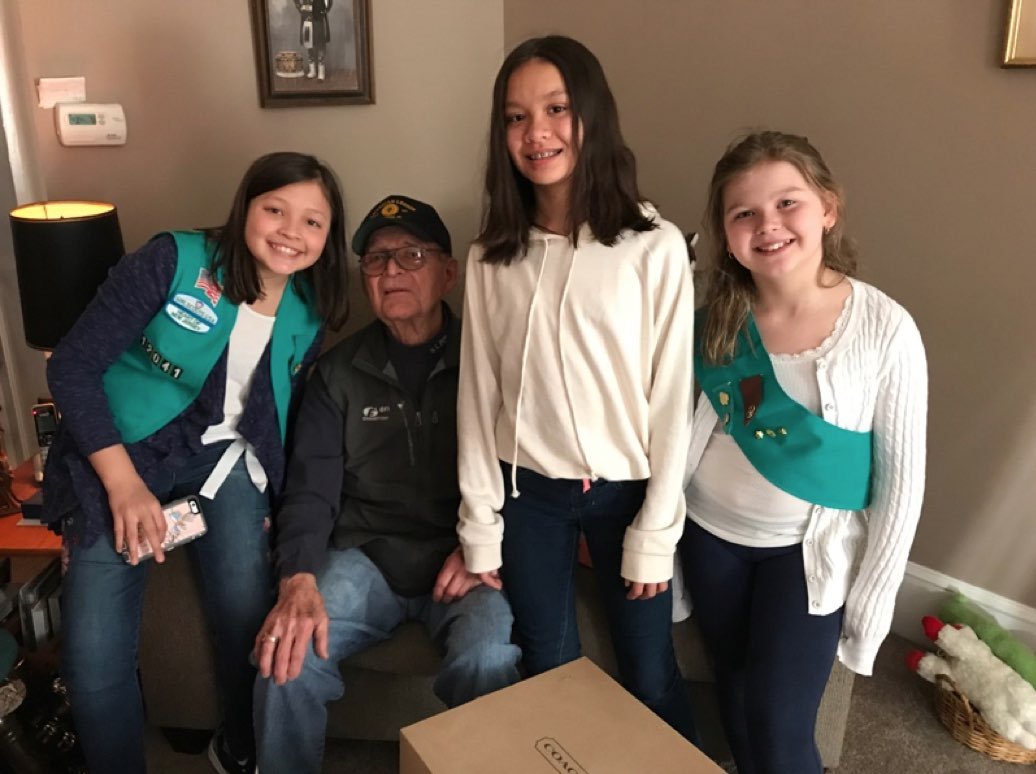 Hoboken, NJ, June 8, 2018 – Junior Girl Scout Troop 12022 of Hoboken invites the public to an unveiling of a new documentary they produced celebrating Hoboken Heroes. The film will be shown at the Hoboken Historical Museum, 1301 Hudson Street, Hoboken, on Thursday, June 21, at 6:30 p.m.  Admission to the event is a donation to the American Legion Post 107, which is raising funds to build a new home for the post with 6 apartments for homeless veterans.

The film is a Bronze Award project the Junior Girl Scouts conceived as a way to celebrate local veterans and share their stories with the wider community. The 20-minute video was created over a 6-month period from reaching out to the American Legion Post to identify veterans who wanted to share their stories of service from World War II to today.

The stories they told were poignant, heart-warming, funny, and at moments, unsettling. Ultimately, the veterans talk honestly about their service and the memories they cherish from that time. The four veterans include Daniel Sudler, a US Marine who served in Afghanistan and Iraq; Mark Villamar, a US Army veteran who served in Vietnam; Rose Orozco, a civilian nurse who served with USAID in Vietnam; and Vincent Wassman, a WWII and Korean War Navy veteran. Their stories include:

Hoboken Junior Girl Scout Troop 12022 includes 14 10- and 11-year-old girls in the 5th grade from various schools in Hoboken. This year, during their meetings, they completed the requirements for the Bronze Award, which is the highest honor a Girl Scout Junior can achieve. To achieve this award, the girls explored their community to come up with ideas that would make a difference in their community. When they spoke to members of the Hoboken American Legion, the girls realized that many of them had relatives or knew someone in the service and loved hearing their stories, and the idea for this video was born. They wanted to find Hoboken veterans and capture their stories in a way that could be shared with the community. Each girl has worked over 20 hours over this past year in bringing this project to realization.