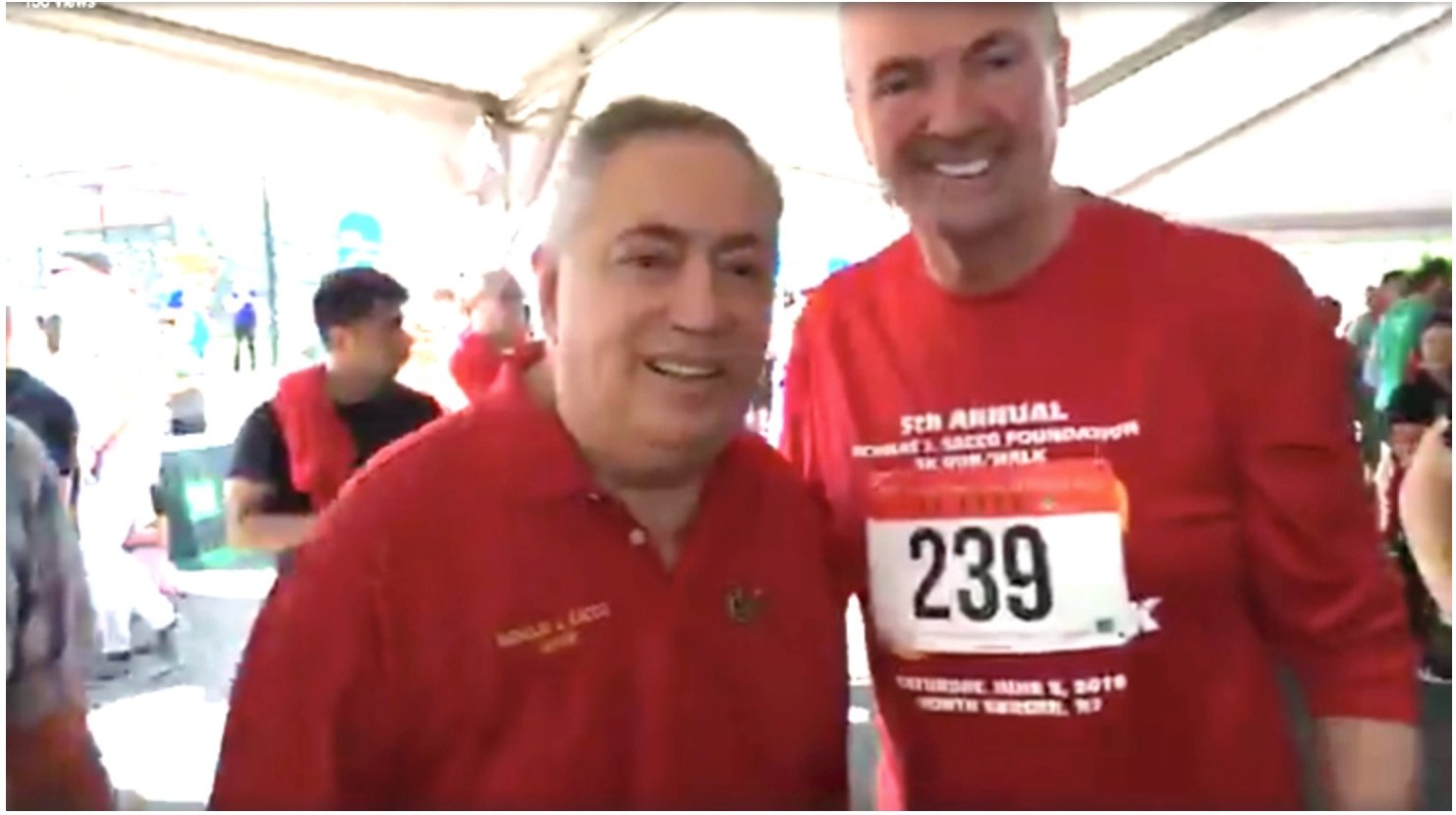 At 10am this past Saturday morning, with a light breeze blowing off the Hudson, hundreds of runners in cherry red T-Shirts took their places at the Starting Line for the 5th annual Sacco 5K Race in the north end of James J. Braddock/Hudson County Park.

Before the 10 am start, runners gathered in the plaza near the running track where they got jazzed up by a DJ blasting tunes and shook hands and took pictures with members of the Board of Commissioners, and Mayor Nicholas J. Sacco. The pre-race crowd excitedly pulled out cellphone cameras when Governor Phil Murphy arrived, talked to the crowd and then pinned his number to his shirt and headed to the Startling Line.

“I’m here with Mayor Nick Sacco of North Bergen for a 5K for a good cause,” Gov. Murphy said. “It’s a gorgeous day, a gorgeous park. I’m incredibly excited.”

According to Mayor Sacco, every year the money raised by the Sacco Foundation from the 5K run goes to children’s programs and community events.

“We support different charities,” Mayor Sacco said. “We give out scholarships.”

Close to 20 minutes into the race, runners started heading to the Finish Line. Javier of Colombia was the first runner to make it across in 19 minutes; 59 seconds. The first woman to cross the finish line was Luz, who thanked the Sacco Foundation for sponsoring the race.

“It’s a beautiful race,” Luz said. “I liked the competition, too.”