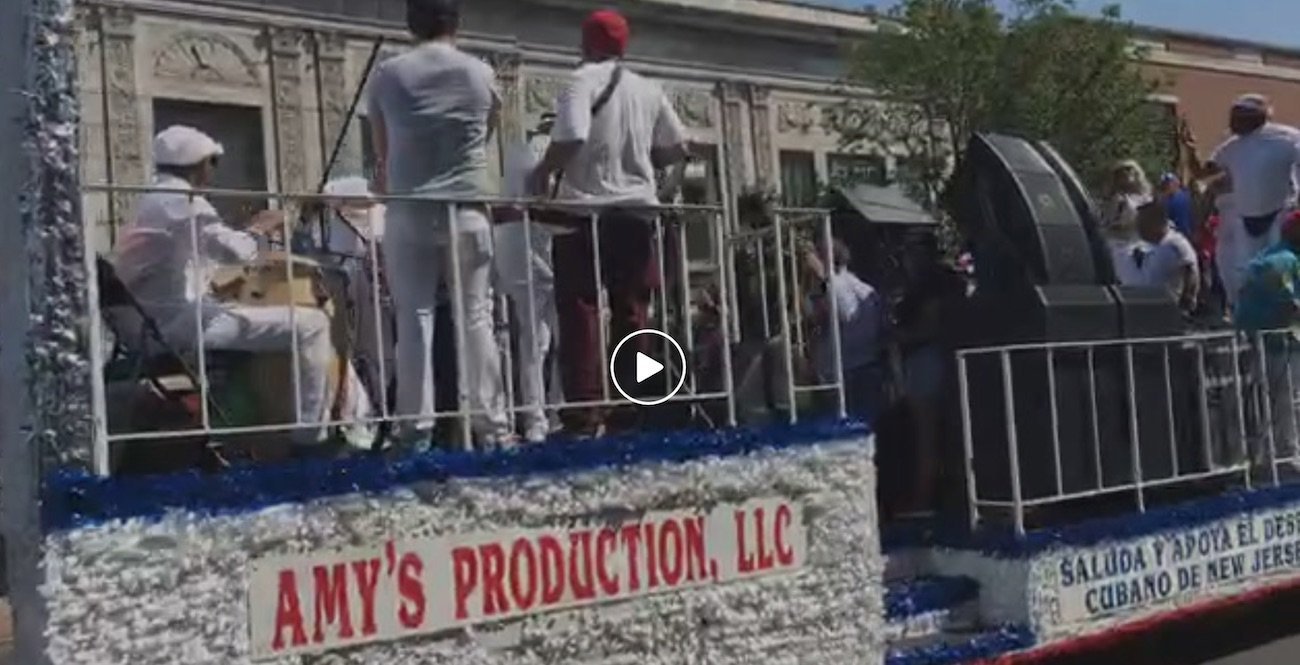 Right before the parade kicked off, Governor Murphy, casually dressed in a red T-shirt and khakis, stopped by to show his support for Hudson’s Cuban and Latin American communities; and to take pictures and shake hands with local constituents.

Gov. Murphy moved on with his busy schedule and other local dignitaries took up the line of March including U.S. Congressman Albio Sires, who came to America from Cuba when he was just a boy. Congressman Sires marches in the parade every year, he said, to show his support and love for Hudson’s Cuban community. NJ State Senator Brian Stack also marched in the parade, alongside Weehawken Mayor Richard F. Turner, Guttenberg Mayor Wayne Zitt, and incoming Mayor Gabriel Rodriguez, a Cuban-American who will be sworn in as West New York’s new mayor next Tuesday. U.S. Senator Robert Menendez marched in the parade, taking his place alongside Congressman Sires.

Every year, the Cuban Parade holds a gala to spotlight achievements in the local Cuban community. The 2019 gala was held this past Friday at La Reggia restaurant in Secaucus. During the Black Tie event that night, parade dignitaries honored the recipients of this year’s Celia Cruz award.