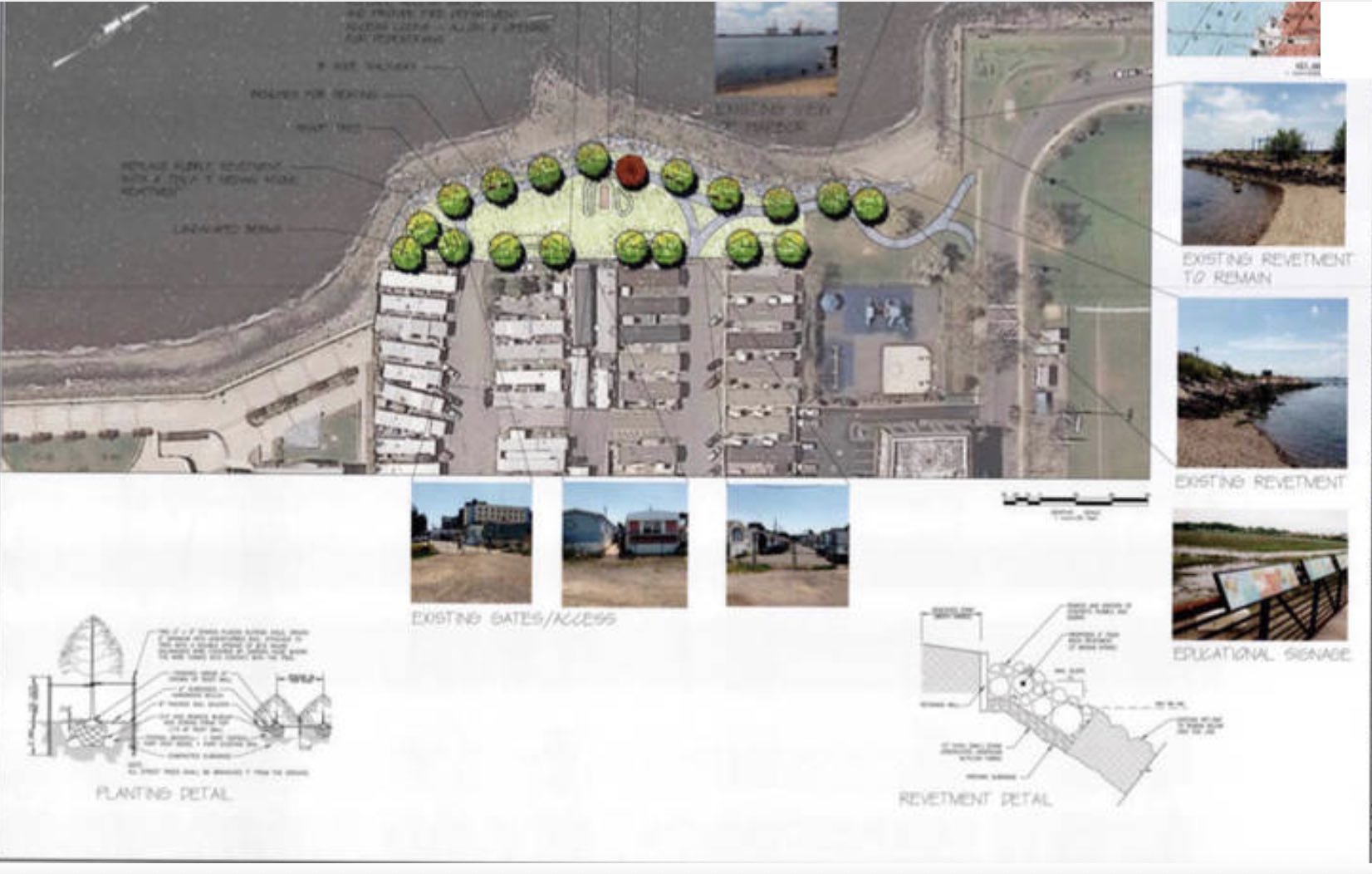 The project is being  paid for through a combination of New Jersey State Green Acres grants and $1.8-million in funds coming from various corporations generated from the 2015 Exxon contamination, cleanup settlement.  Phase 1 is expected to be completed sometime this coming spring or early summer.

Phase 2 will then begin, connecting the walkway to the parcel in the 16th Street Park.  This multi-phase project is part of the city’s plan to have a western walkway extend along Newark Bay all the way from Rutkowski Park in the north to Brady’s Dock on the far eastern edge of Collins Park in the south along the Kill Van Kull bordering Staten Island.

The City Council awarded a contract to Persistent Construction in September for the first phase of the project.  Council President Sharon Ashe-Nadrowski has said the NJ Department of Environmental Protection (DEP) has been very helpful to Bayonne as it looks to extend it’s open space amenities for city residents.  Governor Phil Murphy first announced the State’s commitment to the project in May, 2018 when he visited the Peninsula City.