Hackensack’s Mayor John Labrosse left an empty chair (pictured, above left) on the podium for his regular City Council meeting so he could confront his opponents on the Hackensack school board (pictured, below right, see red arrow) at its meeting, held at the same time last night.

Hackensack scheduled both its Board of Commissioners and Board of Education meetings for Tuesday evening, starting half an hour apart, frustrating residents who may have wanted to attend both.

Even more frustrating and inexplicable was that Labrosse didn’t show for the meeting of the city council of which he is a member. Instead, he went to challenge his opponents on the school board over alleged improprieties about an opposing ticket’s campaign manager (who is also a Hackensack teacher) sending out campaign press releases during the school day.

Labrosse didn’t go to the school board meeting alone. His council slate’s campaign manager, Phil Swibinski, was also at the board of education meeting. Swibinski is Hackensack’s currently-former official spokesman, after his family firm, Vision Media Marketing Inc., suspended its $3,000 a month contract with the city in February to run the Labrosse slate’s campaign. Labrosse previously said if he wins reelection he will rehire the Swibinski family firm to do city public relations.

Labrosse heads one of three slates running in the municipal election on May 9th. Several school board members are either on one of the two opposing slates or are working for those campaigns. 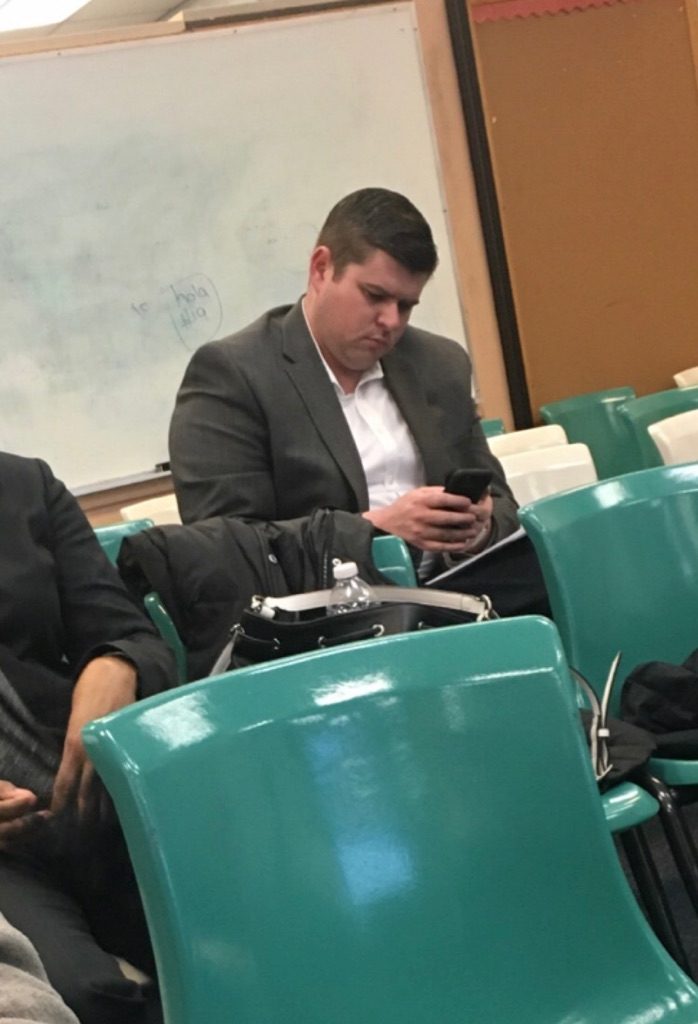