Hackensack Mayor John Labrosse angrily denied charges, first made by a city councilwoman and reported by HudsonTV earlier this week, that the city used taxpayer funds for a de facto campaign reelection mailing dressed up as an official mailer to residents.

Official city mailers featuring photos of the Hackensack mayor and council members running together for reelection were sent out to residents soon before the mayor’s slate kicked off its reelection campaign, to be run by the same Secaucus public relations firm which gave about two weeks’ notice that it would suspend its Hackensack service contract and leave the city without a public relations firm for at least the three months leading up to the May 9th municipal election.

Hackensack Mayor John Labrosse denied the mailers had any political purpose, saying “These pieces are paid for by the taxpayers but they are for the taxpayers.”

“Each of these mailings contained important information” such as “updates about the 2016 tax rate cut, Downtown Redevelopment plan, investments being made in recreation facilities and city events and activities,” said Philip Swibinski of the firm Vision Media Marketing.

Since the firm stepped away from its gig with the city, Hackensack will use its city manager and his staff already on payroll for its public relations needs, added Swibinski. But should  Labrosse win reelection in May, he says Hackensack will go right back to Vision Media for public relations. At last week’s council meeting, Labrosse was quoted that if his slate won, “we will be putting them (Swibinski’s firm) on as a consultant.”

Copies of the flyers can be seen below featuring different council members for different projects. 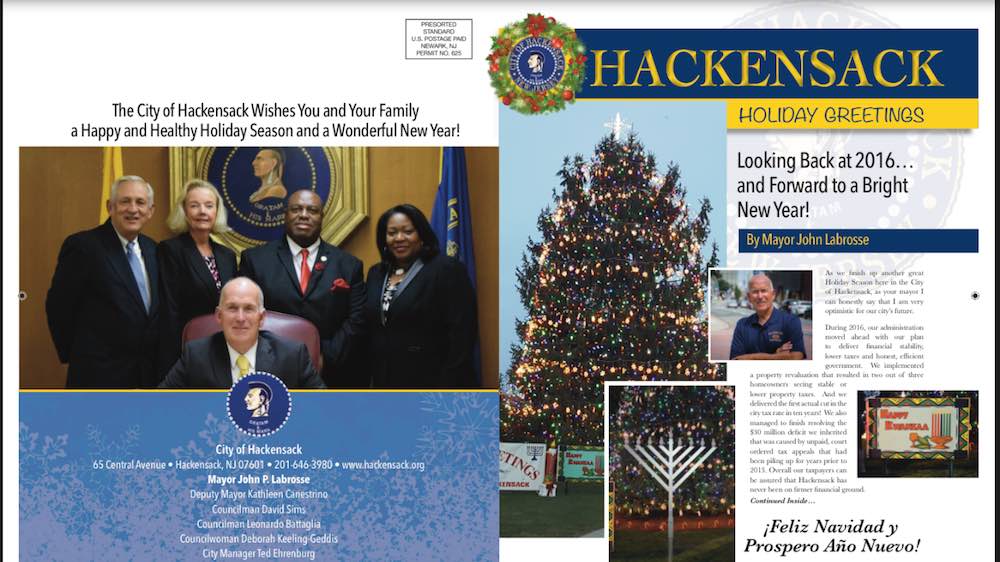 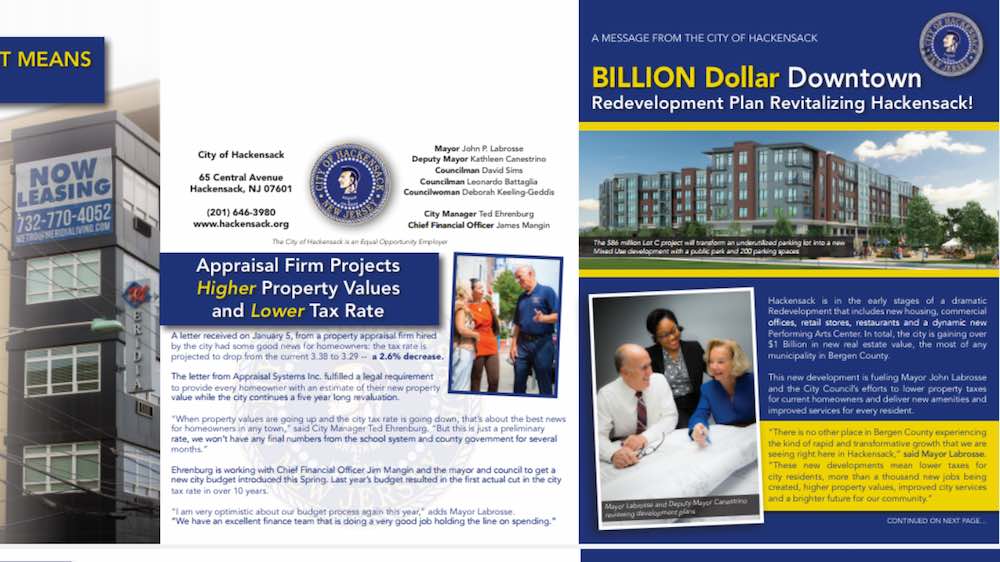