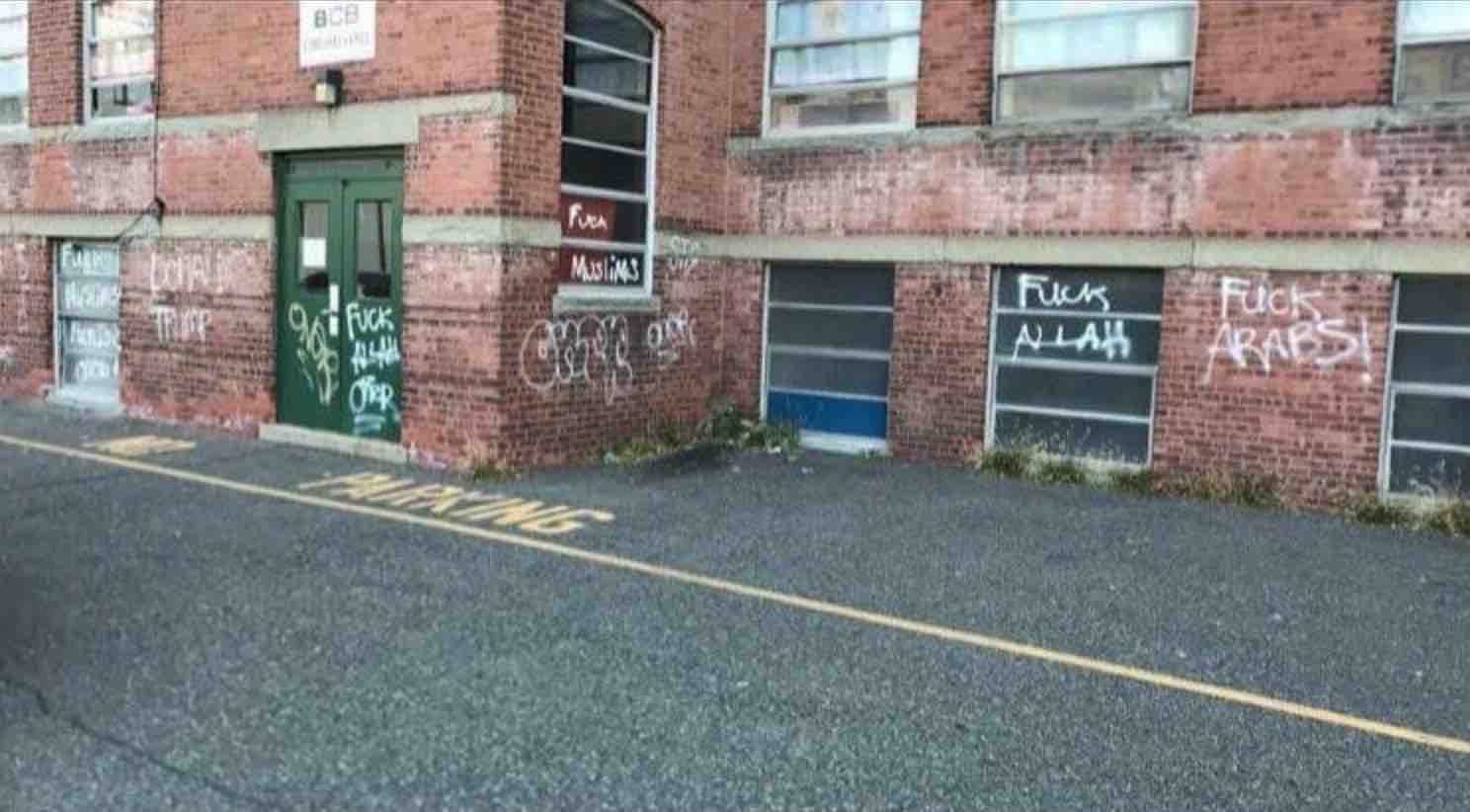 A 20-year-old Bayonne man has been arrested after allegedly painted hateful graffiti messages against Muslims at Saint Henry School located at 27th St and Avenue C in Bayonne NJ.

Jonathan Hussey of Bayonne has been arrested after recovered footage allegedly identifies him.

The suspect has been charged with criminal mischief, bias intimidation and criminal trespass,

Mayor Jimmy Davis sent the following statement on reference to this incident: “The graffiti sprayed on St. Henry’s School is something we will not tolerate.  We condemn all forms of racial and religious bigotry.  Hate crime is unacceptable in our community. Our Police Department moved swiftly to make an arrest in this case. Our Public Works Department used its equipment to remove the hateful words that were sprayed on the parish school building.  We will not accept either hatred or vandalism.”